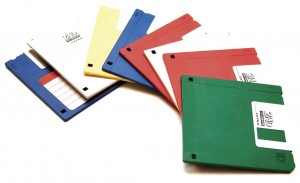 Companies can work to ensure they get productivity from their existing storage investments, but this would have to be done in a proactive manner.

It is all great for the average vendor, with the latest products, to rain scorn on anything that was launched six months before the latest invention. And it is all wonderful that the newest solution on the block could prove to be the panacea for troubles that have been plaguing the CIO.

That’s all great – but the truth of the matter is that most organisations have to contend with shrinking budgets, and often have to do with the legacy systems that they have already invested in. In other words, they have to stretch the life expectancy of the infrastructure, and this happens in storage solutions as often as it does anywhere else.

“Enterprises today spend as much as three times managing the storage infrastructure than the actual cost of the storage investment. This is mainly because they leverage only 10% – 15% of features available on their enterprise storage systems. The productivity of a storage system can be measured by examining its utilisation (capacity and performance), as well as how easy it is to setup and manage,” says Muhammad Salama, technology consultants manager at EMC UAE.

“For too many enterprises in the Middle East, storage resources are going to waste. Sometimes it seems capacity is rarely in the right place when it is needed most. Disks that are captive to some servers may go under-utilised, while other servers can frequently run of out space. In environments with so much inefficiency, IT staff may have difficulty forecasting and planning for storage growth. Problems can be further exacerbated because adding or redeploying disks drives can often be accompanied by down time,” says Basil Ayass, enterprise product manager at Dell Middle East.

Struggling with achieving higher productivity out of existing systems can be complicated by the growing volumes of data that organisations have to contend with.

Says Salama “The biggest challenge that almost every organisation faces today is the exponential growth rate, year over year, of the amount of information they have to manage. Just to put the scale of this problem into perspective, analyst IDC predicts that during the next decade, the amount of information IT organisations will have to deal with will grow 44 times with more than 80% of it being unstructured information while, during the same period, the number of skilled resources to manage this information will increase by no more than 50%.”

He continues, “So, are the data centres of today ready to cope with this tremendous growth? Absolutely not!  When we look at the way those data centres were built, with isolated silos of incompatible infrastructure, components centered around individual projects or business units, we immediately realise that they are too complex, static and inflexible to cope with this type of growth. As a matter of fact, more than 70% of the budgets and resources today are wasted on just keeping the lights on, while less than 30% is available for innovation and new initiatives that could bring  true value to the business.”

Despite what might appear to be a gloomy predicament, organisations can still do a lot internally in order to capitalise on their existing investments.

“We recommend IT departments to have proactive planning sessions with internal IT customers and user groups well ahead in time. This allows enterprise IT managers to plan ahead and map out methods of extracting incremental value from existing investments. Often, new business units, new products and new processes within the organisation put IT departments on a back-foot. This puts existing infrastructure plans in disarray, and IT departments end up fire-fighting due to new requirements and an old, un-scalable infrastructure. Proactive capacity planning, trend analysis and optimisation processes are the key,” says Salama.

“What’s needed is an intelligent approach to storage that adapts itself flexibly and in real time to users’ needs, within an architecture that can accommodate expansion without difficult and continuous changes,” he states.

FAST lowers overall cost, while simplifying management of storage infrastructure. EMC’s FAST technology automates the dynamic allocation and relocation of data across storage tiers based on the changing storage performance requirements of applications. FAST helps customers maximise the benefits of in-the-box tiered storage by optimising cost and performance requirements to put the right data, on the right tier, at the right time,” adds Salama.

Apart from looking to capitalise on existing storage options, organisations can look into innovative ways of data storage as well, including the likes of cloud storage.

“If we’re talking about information retrieval and not about instant access to information, external storage is also an option. However, given the nature of this type of storage, advanced encryption mechanisms should be set in place in order to mitigate the damage in case of loss or theft,” points out from BitDefender.

Whether the organisation of today decided to work its existing systems in order to gain more from them, whether it takes the plunge and chooses a partner in a managed service provider, or even if it goes all out for cloud storage, the truth is that productivity on storage systems has to be continually monitored, and best practices used wisely in order to gain more from the investment on an on-going basis.

The growing data deluge has little time for inefficiencies, and the organisation that allows such an occurance might find itself on the receiving end of market forces.