Kaspersky has recently uncovered a new hacking group that is currently targeting organisations in the industrial sector. 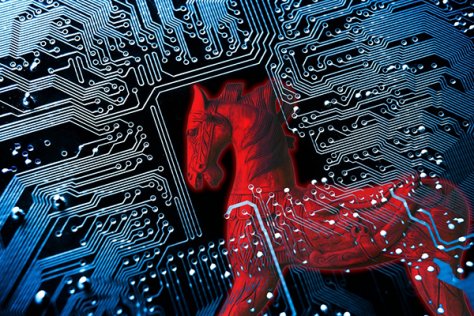 The cybersecurity firm’s Global Research and Analysis Team (GReAT) team has noted that the group, which has been dubbed as WildPressure, has launched a campaign to distribute Milum—a malicious Trojan that gains remote control of devices in various organisations, including those representing the industrial sector.

Advanced persistent threats (APTs) are commonly associated with the most sophisticated types of cyber-attacks; quite often, the attacker secretly gains extended access to a system to steal information or disrupt its normal operation. These attacks are typically created and deployed by actors that have access to large financial and professional resources. As such, WildPressure quickly gained the attention of Kaspersky researchers.

So far, the team was able to several, almost identical samples of the “Milum” Trojan that share no code similarities with any known malicious campaigns. All possess solid capabilities for remote device management, meaning once a system is affected, an attacker can take control from anywhere. In particular, the Trojan can: 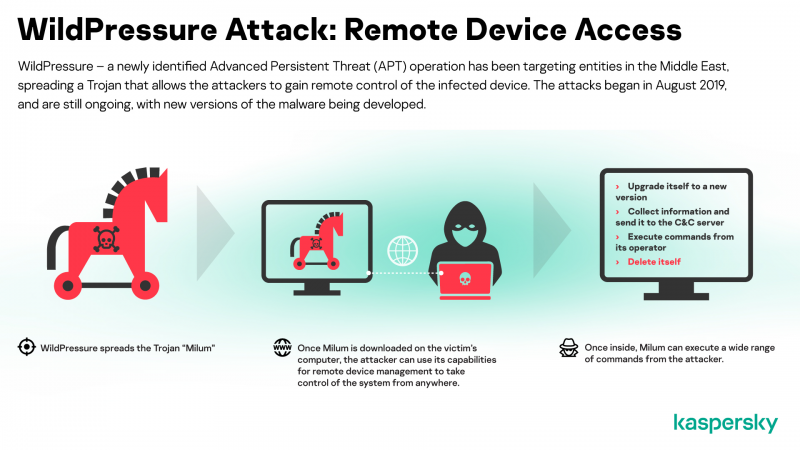 Kaspersky’s GReAT team first witnessed the spread of the “Milum” Trojan in August 2019. The analysis of the malware’s code showed that the first three samples were created in March 2019. Based on available telemetry, Kaspersky researchers believe most of the targets of this campaign are located in the Middle East, and the campaign itself is still ongoing.

Unfortunately, much is still unclear about this campaign, including the exact mechanism of how Milum is spread.

“Any time the industrial sector is being targeted, it’s concerning. Analysts need to pay attention because the consequences of an attack against an industrial target can be devastating. So far, we haven’t seen any clues that would support the idea that the attackers behind WildPressure have intentions beyond gathering information from the targeted networks. However, this campaign is still actively developing; we’ve already discovered new malicious samples apart from the three originally discovered. At this point, we don’t know what will happen as WildPressure develops, but we will be continuing to monitor its progression,” said Senior Security Researcher Denis Legezo.

Read more about the WildPressure operation on Securelist.

To avoid becoming a victim of a targeted attack, Kaspersky experts recommend: