Almost three in four Middle East organisations that have not yet moved their digital estates and IT environments to the cloud, plan to do so in 2019, a Microsoft survey has revealed.

The finding was one of many found by Microsoft in the company’s construction of the “2019 Middle East Digital Transformation Manifesto” – covering experiences, attitudes and intentions of the region’s businesses and government agencies regarding technological change. 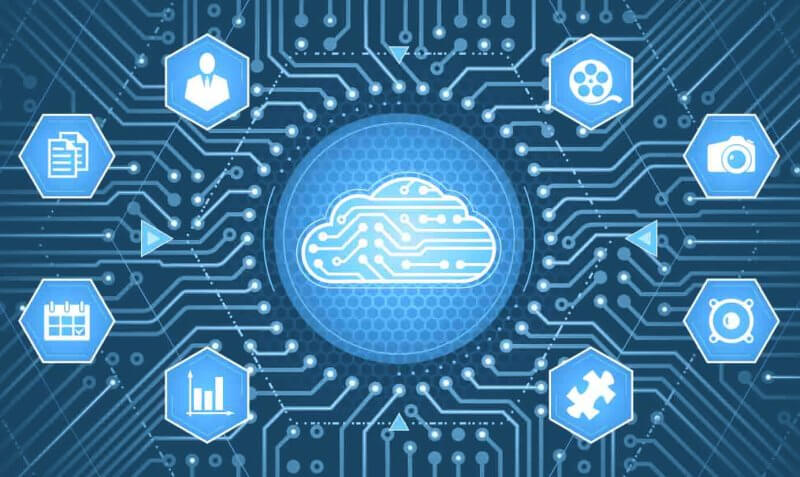 More than 1,300 technology and digital decision makers from across the Middle East took part in the survey. Nearly half of all respondents (48 percent) said that their organisation had yet to move some or any of its IT infrastructure to a third-party cloud. But more than 73 percent plan to do so in the coming year. The recent finding reflects previous, similar discoveries made by Microsoft and independent global research firms, suggesting region-wide accelerated engagement with cloud computing and related technologies. 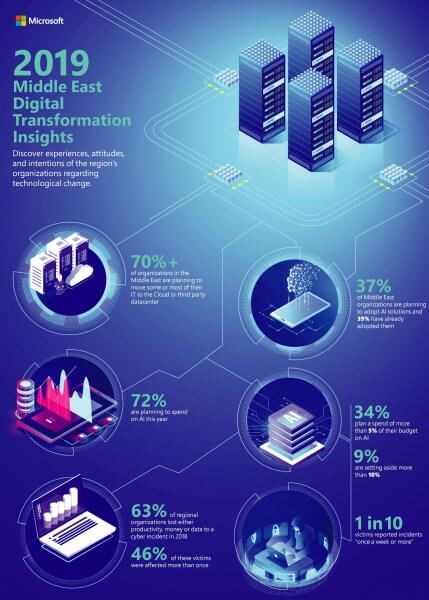 Artificial intelligence is one such example. Almost two in five Middle East organisations (39 percent) have already adopted AI solutions and more than one third (37 percent) are planning to adopt in 2019. Companies are getting bolder with their budgets in embracing AI. Some 72 percent are planning to spend on AI this year, suggesting that most previous adopters are planning further investments. Around one in three (34 percent) plan a spend of greater than five percent of their budget on AI, and 9 percent are setting aside more than 10 percent.

Attitudes towards the security of third-party datacenters have also progressed. Findings on cybersecurity reveal a troubling threat landscape from which migrating organisations appear eager to escape. Some 63 percent of respondents said their company lost either productivity or data to a cyber incident in 2018; 46 percent of these victims were affected more than once; and almost one in 10 victims reported incidents “once a week or more”.

“The overarching lesson from these findings is that the region’s need for a trusted, secure, intelligent cloud has never been greater,” said Ihsan Anabtawi, Chief Operating and Marketing Officer for Microsoft Gulf. “Concerns over security and escalating IT budgets, as well as the desire to develop intelligent digital ecosystems that serve business needs in real time, are driving more and more organisations to the cloud. Microsoft’s commitment to regional economic development – demonstrated by our contribution to infrastructure development, entrepreneurial mentorship and job creation – will take another huge step forward, when we open our first Middle East hyperscale cloud datacenters in Abu Dhabi and Dubai this year”.

A recent IDC report shows that the cloud and the Microsoft ecosystem will bring over 520,000 jobs to the Middle East & Africa region over the next five years. More importantly, the World Bank recently concluded that for every technology job created worldwide, 4.3 more are generated across sectors and income groups.

While creating new job opportunities across the ecosystem, the new UAE data centres will adhere to Microsoft’s trusted-cloud principles of security, privacy, compliance and transparency, helping organisations meet customers’ needs while also delivering data residency, low latency, security and local certification requirements. In addition to its commitment to the region, Microsoft’s decision to establish the datacenters emerged from multiple market-research programs and discussions with customers and partners throughout the Middle East.