A permanent change seems to have taken hold in the mobile market, as BlackBerry explores the possibility of putting itself up for sale. 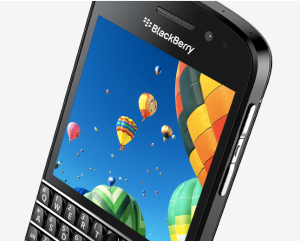 The company had pinned its hopes on the BlackBerry 10 operating system, but its phones have now slipped into fourth place behind Windows Phone devices, according to IDC and other analyst firms.

That slip seemed to play a key role in BlackBerry’s decision, announced earlier this month, to set up a committee to explore options such as selling the company or finding a partner to work with.

IDC last week said that BlackBerry’s market share fell to 2.9 percent in the second quarter — its lowest point since the firm started tracking BlackBerry devices. Windows Phone was at 3.7 percent, while Android led with nearly 80 percent and iOS held 13.2 percent.

Noting that BlackBerry has lost ground in its traditional stronghold, the enterprise market, Gartner analyst Bill Menezes said even new ownership “[is] not going to address how the company restores itself.”

BlackBerry does have some attractive assets, including the core QNX operating system behind BB10, BlackBerry Enterprise Service software, numerous patents and the BlackBerry Messenger brand.