The term cyborg became popular after the release of the movie The Terminator in 1984. “The 600-series had rubber skin. We spotted them easy, but these are new. They look human… sweat, bad breath, everything. Very hard to spot.” 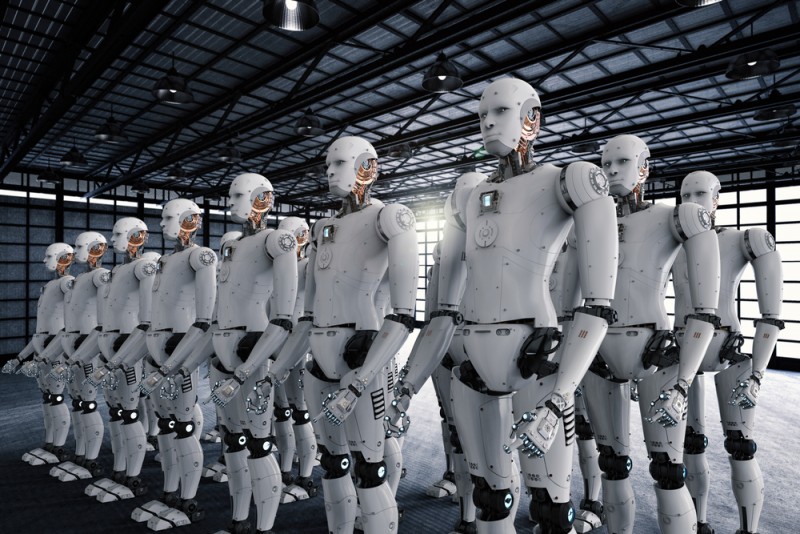 One of the main characters of the film, Kyle Reese, a soldier from the future, described the Terminators as cyborgs – machines with a metal endoskeleton inside, living tissue on the outside.

But that was in 1984…and featured Arnold. Are we anywhere close to that now?

Where is cyborg technology in 2018? Are cyborgs a part of our immediate future?

Let’s break down what you need to know.

What exactly is a cyborg?

Over five decades ago, two scientists devised the word “cyborg” as a futuristic being who would be part machine and part human. When Manfred Clynes and Nathan S. Kline created the term cyborg in a 1960 article about “altering man’s bodily functions to meet the requirements of extraterrestrial environments,” they included chemistry, biology, and mechanical engineering.

And though it was science fiction at the time, today approximately 20,000 people have RFID chips under their skin that can unlock doors. These people are, in a sense, cyborgs.

A cyborg is a person who is, in some way, also physically connected to some form of technology.

For example, Neil Harbisson is a blind artist who can only perceive the world through an implant in his head. He foresees a new and improved future with enhanced senses through the use of technology. “Night vision,” he says, “would give us the ability to adapt to the environment: design ourselves instead of the planet. Designing the planet is harming it.”

To understand the current state of prosthetics and artificial organs, one should consult cyborg expert Tim Maly. Maly’s argument is simple: Today’s materials will not allow for a complete, cybernetic human.

“It probably won’t be a mechanical body,” Maly told Gizmodo. “It will probably be some bio-grown body, and it won’t be recognisably to us as Robocop, because it’ll already be part of a long line of small improvements.”