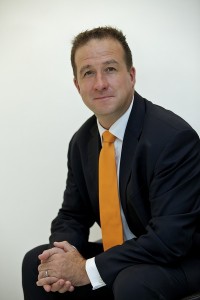 What’s the idea behind the Unified Access Roadshow?
We basically launched on January 30 in London, and what we’re doing is making the markets that I look after aware. We’re actually a little bit at the tail end of it in terms of getting the message out across the base. We did announce it at Cisco Connect here, at the Atlantis. We had the Catalyst 3850 box on the main stage, so it’s really an extension from that. We have about 30 customers that we have deep relationships with, we have partners and we also bring a lot of expertise here.

We see Unified Access as a significant shift in the market. No other network vendor is achieving this today, and as one of our executives in San Jose described it, it’s the biggest shift in networking in the last 10 years.

Are you looking to target more customers or partners with this event?
This one is actually a little bit of both. We’ve got customers here and also partners. We have a lot of value relationships. Cisco has been present here in the UAE for a long time, and if we target the customers, the partners ask to come. Let’s be honest, our customers are the partners’ customers, so the partners want to come and be with us, too. We don’t discriminate.

This may be a big networking shift, but many customers already have a network infrastructure that they’re happy with. How are you getting across that they should switch to Unified Access?
It really depends on what industry you’re in, and largely that industry drives the way that your network is engineered. Take into account what your customers are demanding. What are your employees demanding? Obviously I’m going to talk about bring-your-own-device. But around that you’ve got all these people leaving universities, who have gone on to do a second degree, and they’ve worked in a very different way than you and I did at university. And they want to work their way. Do you want to enable more of that? And by enabling more of that, do you need more wireless access?

The factoid right now is that 70 percent of the devices that are shipped nowadays don’t have an Ethernet port. So wireless is the new network from a mobility perspective. But then in terms of the massively high-bandwidth applications, the need for wired networking will still be there. And let’s be honest, the core of your backbone is also wired networking. What we’re offering is choice by blending that together.

How are you doing that?
What I describe it as is the power of one. Today, many companies have three networks—wired, wireless and remote access. Now we’re converging those into a single network. So then you’re reducing total cost of ownership and human error—there are lots of benfits to it.

What kind of interest are you seeing in the new Unified Access products?
It’s huge because it’s basically what customers have been asking for for a long time. We’ve worked on it for over 300 man-years, we’ve got 100 new patents in this box, and that is creating a huge demand for the actual box and the whole concept of unified networking.

Some vendors are working really hard to improve the graphical user interfaces of their enterprise software. Do you see Cisco working to include an easy-to-use interface with its products?
I’m not sure that it’s an area that you rapidly adapt from a graphical user interface perspective. Clearly, we’ve made inroads in that area, but it’s not a thing where anybody can pick it up and suddenly start doing it. There are fundamental concepts of networking that you have to understand. Once you understand them, I think the graphical user interface, and how you get there, is like the mosquito on the elephant’s backside, really—it doesn’t matter. If you understand all the concepts of turning on IP, quality of service and IP addressing schemers, I think that’s ultimately the least of your worries. That sort of area is more with our Unified Communications rather than our Unified Access networking.

What’s your take on software-defined networking (SDN)?
There’s a lot of sentiment around SDN. People say that SDN is going to bring networking to the masses, and it’ll be one view. But I think you need to really understand what SDN is, how it’s going to play, and why are we doing it? Some people say, “Well, we’ve done it with servers, so why not virtualise the network?” I have my own thoughts on all of that.

A couple of months ago, on the eve of Microsoft’s first Lync conference, Cisco trashed Microsoft’s collaboration platform as incomplete compared to Cisco’s Unified Communications offerings. What makes Cisco’s solutions so much better?
[Laughs] I’m probably going to have to be a bit careful with my positioning here! But from a Lync perspective, we take an architectural approach. So I would position it in a different way than you would expect. Everybody’s taught, in IT, about the seven-layer network. The benefit of the seven-layer network is you understood at layer-3 what happened at layer-2, the interface to layer-3—your layer—and then you understood what you needed to do to layer-4. When you only have someone who only understands one particular layer, and doesn’t understand the layer before, how optimal can they be? If you understand the layers before you, you can take advantage of what that layer’s going to offer you.

What’s the general plan for the Middle East for the next year or so? Is it just about getting the Unified Access message out there for Cisco?
I certainly think that, if you do something, it takes a while for it to rattle through the market. We are clearly going to continue with our messaging, which is across the company. I can’t talk about any numbers, but that will all be released in time.