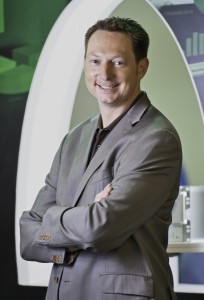 The key issues and points of vulnerability are around human engagement – most of it innocently – such as bringing an infected personal mobile device into the corporate network, or clicking on a social media link that looks harmless but hides a Trojan or Worm that will secretly steal data and money and, potentially, remain undetected with severe impact on security of the infected device.

Increase in Exploit Kits: Exploit Kits represent the dark but massively profitable side of cyber-security attacks. Exploit kits comprise malicious programs. They quickly identify and then attack cyber vulnerabilities and spread malware. Exploit kits are created, sold and rented, on the black market. We predict they will be increasingly used because of their ease of deployment (rental model) and ease and speed of infection they deliver. The impact of these attacks will be felt in loss of data, IP, identify theft, financial fraud and theft, as well as in diminished business productivity and continuity. We expect to see exploit kits targeting Windows 8, MAC OS X and mobile devices, particularly Android based, in 2013 as these three targets represent fast-growing segments used by corporates and consumers alike to transact communications, business and commerce.

The growth of malware will continue at an explosive pace. In 2012, Dell SonicWALL identified nearly 16 million unique malware samples through its GRID (Global Response Intelligent Defense system) compared to 13.5 million in year 2011. Already, there are around 44,000 new malware samples every day

Increase in mobile cyber-security vulnerability: The adoption of NFC (near field communication) for mobile payment systems makes mobile platforms a very attractive target for financially motivated cybercrimes. The increased use of personal devices because of trends like BYOD (bring your own device) in businesses creates entirely new cyber security issues from loss of company data and IP, financial threat, non-compliance issues to name a few. As social media continues to be adopted universally for personal and business purposes alike, malware will increase dramatically across Facebook, Twitter and Skype in 2013. This triple threat threatens targeted mobile devices at the point of commerce, through their access to corporate networks and through their access to social media channels. It will be particularly dangerous and become more advanced and prevalent.

Increase in sophistication of cyber-attacks:  Last year, we saw cybercriminals abandon older scareware methods such as Fake AV scams and move over to Ransomware scams. We expect to see this continue and become more global and multi-lingual which also represents a growing threat to LATAM. Ransomware attacks lock down a computer, device or service and holds all the data hostage or even threatens court action if the user does not pay.  These are very devious attacks that are embedded deep into the computer or device and it is nearly impossible for an average user to regain control over his own system and data.

The sophistication and ability to attack and paralyze websites will continue to grow at dramatic pace. For example in 2011, there were 1,596,905 DDoS (distributed denial-of-service attacks) compared to 120,321,372 in 2012.   As businesses of all sizes continue to move services and infrastructure to the cloud, the issue of DDoS will be high on many agendas at it has the potential to quickly cripple entire cloud infrastructures.

Viruses, Trojans, Worms, and Ransomware do not differentiate between a large or small business. They represent the same risk, no matter if you have a lot or only very little budget to invest in network security. Irrespective of the size of your business, these threats can mean loss of profitability and productivity, loss of data and financial assets, and potentially catastrophic loss of business continuity. It is likely that small businesses are more likely to fall pretty to these attacks, because they do not have the budget, IT infrastructure or support that a large business can afford. On the other hand, the more people a business employs, the greater the vulnerability of its network.