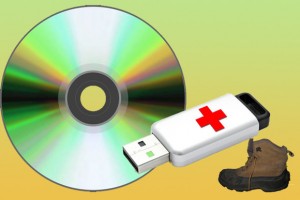 When you turn on a PC, you usually want and expect it to check the hard drive or SSD and, from there, load Windows or another operating system. But occasionally you need to boot into an alternative environment that isn’t on your hard drive. You might, for instance, need to install an operating system or scan for malware from inside a clean environment. That’s when you need to boot from a CD, DVD, or flash drive.

For more on why you might want to do this, see Boot discs explained: An overview of booting your PC from something other than your hard drive. For what to do when your PC won’t boot this way, read on.

The problem most likely rests in your hardware setup, which controls your PC until an operating system can take over. (It also effects how your PC works after your OS takes over, but we’re not concerned with that right now.)

Among other issues, setup controls your PC’s boot order – where it looks first for an operating system. If it’s set to boot first from the hard drive, it’s not going to boot from anything else as long as that hard drive is working.

You can’t change your set-up in Windows. There’s a program built into the computer’s hardware for this, and you have to access it before Windows loads.

Unfortunately, I can’t tell you exactly how to do that. It varies from one computer model to another. But I can tell you how to find out:

Turn on your computer, and watch the screen carefully. Very early in the boot process, well before the Windows logo, you should see a message reading something like “Press key for set-up.”

If you don’t see that message, search the Web for your computer’s brand name and model number, plus the words enter setup.

Once you know what to press, boot your PC and press that key before Windows starts loading. The timing is tricky. I recommend pressing the key over and over from the moment anything (like a company logo) appears on the screen until you’re in the Settings screen. (Or until Windows starts loading, at which point you need to reboot and try again.)

When you’re in the program, you need to find the Boot section and change the boot order. Again, I can’t tell you exactly how because it varies. But look for a Boot menu and a Order or Priorities submenu.

Once you find it, put your optical drive, and/or USB storage, before the hard drive in the boot order.

If that doesn’t work, consider the possibility that you’ve got a defective disc or flash drive. Try them on another computer.