At the Mobile World Congress 2015 being held in Barcelona, Alcatel-Lucent has announced its ‘Wireless Unified Networks’ strategy which blends the upload and download capabilities of Wi-Fi and cellular technologies to enable higher capacity and give subscribers a more consistent and higher-quality mobile voice, data and video experience in high-traffic or low-signal locations. This approach will allow operators to combine standalone cellular and Wi-Fi networks into one unified wireless network for home, office, and outdoor environments.

As more people and devices become connected, one of the biggest challenges facing mobile operators and their customers is how to meet demand for secure, high-speed video and data with consistent high-quality whether subscribers connect over Wi-Fi or cellular networks. While both technologies continue to evolve, each has challenges that can impact the subscriber experience. By combining the unique strengths of Wi-Fi with those of LTE, it is now possible to offer the subscriber a truly compelling experience.

Up to now, operators would switch users between cellular and Wi-Fi to load-balance the network or users would manually switch between networks to seek optimum performance. Alcatel-Lucent’s solution unifies the user experience across Wi-Fi and cellular for the first time. As part of its Wireless Unified Networks strategy, Alcatel-Lucent is introducing two separate capabilities that blend Wi-Fi and cellular access. The Wi-Fi boost uses cellular to enhance the performance of Wi-Fi networks and the Cellular boost uses unlicensed spectrum to enhance the performance of cellular. Combined, they maximize performance for subscribers across both access technologies.

Mike Schabel, Vice President of Small Cells in Alcatel-Lucent said: “As an industry we have historically treated cellular and Wi-Fi as unique technologies. For example, the industry debates the merits of Voice/Data over Wi-Fi versus Voice/Data over LTE. From a consumer perspective, it should simply be just Wireless. With Wireless Unified Networks, we are excited to be taking the important steps to transform and greatly enhance the user’s wireless experience in the home, at work, and in dense venue networks by combining existing Wi-Fi and cellular networks into one high performance network.”

The Wi-Fi and Cellular boost capabilities

Alcatel-Lucent’s Wireless Unified Networks strategy encompasses two new capabilities that can be deployed separately or combined for even greater performance gains. Alcatel-Lucent’s Wi-Fi boost technology combines the downlink of Wi-Fi with the uplink of cellular. This capability:

Alcatel-Lucent will trial the Wi-Fi boost capabilities in the second quarter of 2015 with commercial availability in the second half of 2015.  Alcatel-Lucent is introducing additional performance enhancements by adding a cellular downlink to the Wi-Fi downlink of the Wi-Fi boost. This is consistent with a developing standard known as LTE Wi-Fi Aggregation (LWA), and can more than double download speeds relative to standalone network capabilities.

“Ruckus Wireless believes that the LWA initiative has great potential for the growth of the wireless industry. We support Alcatel-Lucent’s initiative to commercialize the integration and convergence of Wi-Fi and cellular networks, and will focus on introducing technologies that enhance Ruckus’ leading carrier-class Wi-Fi networks for enterprise and service provider customers,” said Dan Rabinovitsj, Chief Operating Officer, Ruckus Wireless.

Alcatel-Lucent’s Cellular boost technology leverages the unlicensed spectrum bands to enhance the capacity and performance of a cellular network. Alcatel-Lucent is fully committed to supporting global trials of this technology based on local rules for coexisting with Wi-Fi and other users of the unlicensed spectrum, ensuring adherence to standards as they become available. As standards are ratified Alcatel-Lucent’s plans include the introduction of new LTE-U and Licensed Assist Access (LAA) capable small cells.   Alcatel-Lucent will demonstrate LTE-U operating seamlessly with Wi-Fi at Mobile World Congress 2015. The company is committed to supporting trials in the second half of 2015 and commercially introducing the technology in early 2016. 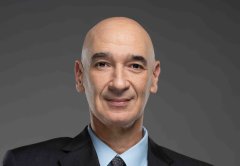