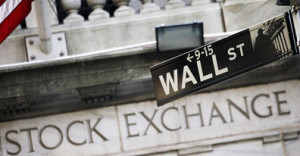 The tech sector appears to be going about business as usual in the face of the US federal government shutdown, but some industry insiders are nervous about a long-term stoppage or, even worse, the possibility of a debt default if a political compromise on the budget is not reached.

Conventional wisdom among economists holds that for every week the government remains shut due to the budget impasse over the U.S. health reform law, or “Obamacare,” about 0.1 percent is shaved off economic growth for the quarter, according to Andrew Bartels, chief economist at Forrester Research. “That’s about 0.4 or 0.5 percent off the economy in about a month, which translates into about 1 percent off tech spending in the US for the quarter,” Bartels noted.

If Congress later this month fails to raise the debt limit to fully fund government spending, a full-scale global economic crisis, with repercussions for tech, could follow, Bartels said.

Republican John Boehner of Ohio, speaker of the US House of Representatives, declared Friday that he would work to prevent a debt default. But there are land mines along the path to a compromise, among which are a possible effort on the part of some Republicans to depose Boehner as speaker.

“The failure to raise the debt ceiling could have serious consequences for the US economy and have a ripple effect globally,” Bartels said. The amount of money taken out of the US economy and the potential of a rise in interest rates could cut gross domestic product by up to 5 percent to 6 percent, bringing it into decline, Bartels noted. That would mean a 10 percent decline in tech spending in the US and likely an 8 percent drop in global tech spending.

“It is unthinkable that the United States could default on its financial commitments, and it would be the height of irresponsibility for any public official to consider such a course,” reads a statement issued by AT&T Chairman and CEO Randall Stephenson. “In fact, even the discussion of default poses great risk to our economy and to our country.”

Government spending disruptions would stall what so far appears to be solid business as usual for tech. While there has been some turbulence in the stock market lately, shares on major exchanges, including tech company stock prices, edged up Friday on Boehner’s comments.

The strong stock market has encouraged initial public offerings of tech companies. Those tech companies that have gone public so far this year have enjoyed good returns, and Thursday the short-messaging social-network darling Twitter filed with the Securities and Exchange Commission for its own IPO.

Technology was the strongest sector for IPO returns in the third quarter, according to a report this week from Renaissance Capital. Tech IPO returns benefitted from the performance of cyber-security firm FireEye (up 106 percent from its IPO price); automated digital ad platform Rocket Fuel (up 81 percent); and cloud-based benefit management software provider BenefitFocus (up 83 percent).

For example, adoption rates for Ethernet services are soaring, propelled by superior cost effectiveness, high-bandwidth scalability, greater availability, and overall flexibility for connecting to cloud and data centre virtualisation applications, according to a forecast released Wednesday by IDC. Ethernet revenue will increase from $6.2 billion in 2013 to $10.1 billion in 2016, according to the report.

Oracle, the first major vendor to report sales through August, said last month that revenue was $8.4 billion, up 2 percent year over year, and net income was $2.2 billion, up 8 percent.

Economists and tech industry watchers, meanwhile, are hoping for the best.

“This morning there are several reports suggesting moderate Republicans are wavering in their hard line stance and may be willing to compromise on Obamacare in exchange for a repeal of the medical device tax. Needless to say this is just a beginning but still a step in the right direction if a compromise is ever to be reached and normalcy restored in Washington,” according to a research note by Lindsey Piegza, managing director and chief economist at Sterne Agee.