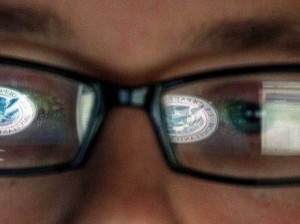 The US National Security Agency has repeatedly tried to compromise Tor, the government-funded online anonymity tool, but has had little success, according to a new report in the UK’s Guardian.

The NSA has tried multiple strategies for defeating Tor, with its most successful method focused on attacking vulnerable software on users’ computers, including the Firefox browser, according to the report, published Friday. In the Firefox attack, NSA agents have been able to gain “full control” of targets’ computers, said the report, citing documents given to the Guardian by former NSA contractor Edward Snowden.

NSA documents provided by Snowden, which the Guardian began publishing in June, say the agency is collecting bulk phone records in the US as well as Internet communications overseas.

“We will never be able to de-anonymise all Tor users all the time,” according to one NSA document quoted by the Guardian. “With manual analysis we can de-anonymise a very small fraction of Tor users.” The NSA has had “no success de-anonymising a user in response” to a specific request, the document said.

Tor is “the king of high-secure, low-latency internet anonymity,” the report quotes another NSA document as saying.

Tor routes Internet traffic through a number of relays as a way to keep communications anonymous. The State Department promotes the software to activists in countries with strong censorship regimes, including Iran and China.

An NSA spokeswoman referred a request for comments on the story to a previous statement from the agency:

“Throughout history, nations have used various methods to protect their secrets, and today terrorists, cyber-criminals, human traffickers and others use technology to hide their activities,” the statement continued. “Our intelligence community would not be doing its job if we did not try to counter that.”

News articles on the NSA’s Tor efforts “fail to make clear that the intelligence community’s interest in online anonymity services and other online communication and networking tools is based on the undeniable fact that these are the tools our adversaries use to communicate and coordinate attacks against the United States and our allies,” Clapper said. “The articles fail to mention that the intelligence community is only interested in communication related to valid foreign intelligence and counterintelligence purposes and that we operate within a strict legal framework that prohibits accessing information related to the innocent online activities of US citizens.”

“Americans depend on the intelligence community to know who and what the threats are, and where they come from,” Clapper added. “They want us to provide policy makers with the information necessary to keep our nation safe, and they rightfully want us to do this without compromising respect for the civil liberties and privacy of our citizens.”

The NSA documents provided by Snowden detail what the Guardian story calls “proof-of-concept attacks” on Tor. One technique is for the agency to look for patterns in the signals entering and leaving the Tor network, then trying to de-anonymise users. The documents also discuss the NSA secretly operating computer nodes in the Tor network, but the success of that effort was “negligible” because the agency has access to few nodes.

The documents also talk about efforts by the NSA and the UK’s GCHQ intelligence agency to influence the future development of Tor.

The story details efforts by the NSA to compromise Tor users through Firefox, but the NSA’s documents say Mozilla fixed the vulnerability the agency was taking advantage of in Firefox 17, released in November 2012. The NSA had not been able to compromise users of Firefox 17 and later versions between late 2012 and this January, when the NSA documents were written, the Guardian story said.

Mozilla, in an August blog post, said it is investigating a vulnerability in older versions of Firefox. A spokeswoman declined further comment.

Roger Dingledine, director of the Tor project, its “good news” for the project that the NSA attacked with a browser exploit,

That means “there’s no indication they can break the Tor protocol or do traffic analysis on the Tor network,” he said in an email. “Infecting the laptop, phone, or desktop is still the easiest way to learn about the human behind the keyboard.”

Even with the NSA attacks, Tor can still help protect anonymity, he added. “You can target individuals with browser exploits, but if you attack too many users, somebody’s going to notice,” he said. “So even if the NSA aims to surveil everyone, everywhere, they have to be a lot more selective about which Tor users they spy on.”

But Tor won’t keep users safe in all cases, he added. “Browser exploits, large-scale surveillance, and general user security are all challenging topics for the average Internet user,” he said. “These attacks make it clear that we, the broader internet community, need to keep working on better security for browsers and other Internet-facing applications.”