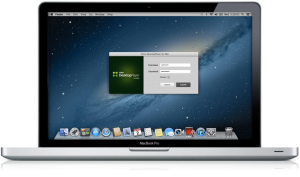 The new product enables remote workers to access to their Windows virtual desktop from a MacBook, even when the network they’re using is impacted by low-quality connections or traffic congestion, or is simply unavailable.

Citrix said the DesktopPlayer allows IT departments to gain control and centrally-manage Windows virtual desktops when employees are using their own Apple devices.

The company added that the Personal vDisk technology that is built into DesktopPlayer will allow IT departments to provide users with the flexibility to install custom or departmental Windows applications and device and printer drivers, while keeping control over the base golden image.

DesktopPlayer also allows IT to prevent access to, expire or remotely wipe local virtual desktops in the event of device loss, theft or when an employee or contractor leaves the company.

Citrix is releasing the software at a time when an increasing number of employees are working remotely, often on their own machines.

According to analysts at Forrester Research, sales of new laptops used for work purposes will grow from over 5 million in 2014 to over 7 million by 2016. The research firm also predicts that the number of personally-owned laptops used in enterprises will double by 2016.

Meanwhile, a Citrix survey published last year found that enterprises expect the presence of personally-owned MacBooks used for work purposes to grow from 5 percent of their employee base today to 16 percent by 2016.

“The popularity of Apple products in businesses is clearly growing at a brisk pace,” said Calvin Hsu, Vice President, Product Marketing, Desktops and Apps, Citrix. “Enterprises are deploying desktop virtualisation to enable mobile work styles and manage the diversity of devices that users are bringing into the workplace. With the introduction of DesktopPlayer, these organisations can now address a rapidly growing set of users: mobile employees who need to access their virtual desktops on their MacBooks while disconnected.”

DesktopPlayer is available now as an add-on to XenDesktop FlexCast for $75 (£45) per user per device.

Citrix announced this week that it had acquired software provider Framehawk in a bid to improve the way it delivers virtual desktops and applications over wireless networks to mobile devices.