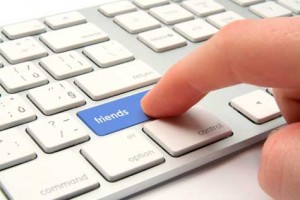 The findings of a first-of-its-kind survey by the Dubai School of Government (DSG) revealed today that the majority of enterprises in the Middle East see social media as a way of increasing collaboration, connecting with customers, inspiring innovation and enhancing workforce trust.

The survey – which DSG conducted in partnership with SAP to examine the effectiveness of social media in promoting social advancement, job creation and business growth across the Arab region – collated data from close to 5,000 respondents in Bahrain, Kuwait, Saudi Arabia, the UAE, Lebanon, Oman, Egypt and Jordan.

The results were revealed at DSG’s headquarters under the patronage of His Excellence Saqr Ghobash Saeed Ghobash, UAE Minister of Labour.

They revealed that social media can have a dramatic impact on job creation and employment opportunities. Nearly 80% of the respondents said that technology could help provide access to critical job market data.

Additionally, 76% claimed social media is beneficial in forming job-yielding partnerships and opportunities, 75% saw it as a conduit for a new ‘virtual job market’, and 71% said they would rely on social media to find their next job.

The survey also showed off the influence of social media in the workplace, with 86% of respondents noting increased intra-agency collaboration, 85% welcoming its ability to connect with customers, 85% saying it inspires innovation, and 78% believing it can markedly enhance trust levels among the enterprise.

Furthermore, the report hailed social media as a critical tool for start-ups across the Arab world, with 86% agreeing it contributed to business success. Among the reasons, 91% cited multifaceted marketing potential, 86% said a capacity to tap into wider markets and 85% mentioned substantial customer engagement options, whilst 84% pointed to its overall potential to raise awareness and instil entrepreneurial mindsets.

Social media as a facilitator of educational advantages was also alluded to in the report, with 86% of respondents saying students develop more entrepreneurial skills by utilising social media, and 76% of students affirming they use the medium to acquire such abilities.

However, the report also showed that people and businesses do not feel protected in the absence of appropriate laws regarding intellectual property, privacy and copyright. Looking ahead, 81% agreed that national policies and guidelines would help facilitate better use of social media at work and inspire entrepreneurial opportunities. Respondents also called for educational reform to integrate such technologies in the classroom.

“Despite having few stable economies in the region today, the most active part of the Arab population – the youth – is increasingly feeling empowered,” said Fadi Salem, Director of the Governance and Innovation Program, DSG, and co-author of the report.

“Our ongoing research over the past two years has shown that close to 50 million Arabs are actively connected to social media and primarily use the platforms to change social and political realities in their countries.

“The groundbreaking research offers insight into new horizons for economic empowerment of the Arab youth. It is essential for policy makers and businesses to understand this emerging phenomenon and its impact on their societies and markets.”