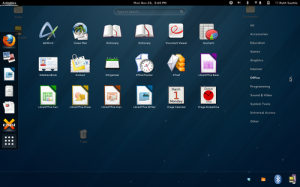 After a number of delays, the beta of the Fedora 18 Linux-based distribution has been released.

The beta release date had been extended six times over the past two months, mostly due to an underestimation of the amount of work required to rewrite the Anaconda software, which is used to install or upgrade Fedora.

“It was a one-time aberration,” said Robyn Bergeron, who leads the Fedora Project.

Given the sensitive nature of Anaconda, to install a new OS on a machine while keeping all the user’s data intact, the Fedora team wanted to make sure everything worked correctly, Bergeron said.

“It was important to get it right,” she said. “Once you start heading down that road, backing out is not really an option.”

The new Anaconda addresses a wider range of potential users by streamlining the installation process and offering more helpful error messages. When it is completed, “Anaconda will be more intuitive and easier to use,” Bergeron said.

Bergeron said the delays will not affect the release dates of future versions of the distribution, which are still expected around May and October each year.

With fresh software such as the newly revamped Anaconda, Fedora 18 “offers major improvements in usability for any type of end users. While we certainly have a lot under-the-hood, I think people will really be impressed by how it looks,” Bergeron said.

Fedora 18 comes with a number of new features and programs. This release will be the first to offer the Mate desktop, a continuation of the version 2 series of the Gnome desktop for those who prefer the classic desktop look-and-feel. It includes Eucalyptus, version 3.1, an open source software for running IaaS (infrastructure as a service). Also in the package is a new set of Storage System Management commands that provide a unified way to manage multiple storage technologies, such as the lvm (Logical Volume Manager), BTFS (B-tree file system), and md raid (multiple device RAID).

The Fedora 18 beta does not address the UEFI (Unified Extensible Firmware Interface), an industry initiative to secure computers against malware by designing the computer’s firmware to require a trusted key before booting. While both the Linux Foundation and Fedora itself are working on ways to offer trusted UEFI keys for Linux, none of this work has been added to Fedora 18 yet. This lack of UEFI support may mean that it will require considerably more work to install the Fedora 18 beta on new hardware.

Red Hat uses Fedora as the upstream release of its own Red Hat Enterprise Linux, incorporating many of Fedora’s updates into its flagship OS. Red Hat pays for some of the development, though volunteers around the globe contribute as well. the DistoWatch open source software packaging company ranks Fedora as the fourth most popular Linux distribution, a statistic generated by the amount of traffic each distribution generates on the company’s site.

Last week, the keepers of Linux Mint released a new version of their Linux distribution as well. Linux Mint 14 includes improvements to both the Mate and the Cinnamon desktops, as well as notable refinements to the middleman system (mdm) script manager and the Software Manager.