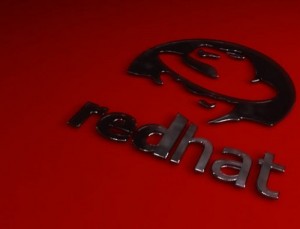 Last year the company announced an initial version of OpenShift, an application development tool optimised to run in the cloud, marking the company’s foray into the PaaS market. Today, after running it in beta for 18 months, Red Hat is taking the wrapping off OpenShift and making it generally available. Red Hat says unlike big-name PaaS players like VMware’s Cloud Foundry and Microsoft Azure, OpenShift is optimised to run both on customers’ own private clouds behind their own firewall, or in a third-party data centre.

Red Hat already has a robust application development platform in its JBoss Enterprise Application Platform, but Ashesh Badani, GM of Red Hat’s Cloud Business Unit, says OpenShift is different because it runs in a cloud. The software automatically allows users to provision resources as the application needs them, instead of pre-provisioning servers in a traditional application platform, which can lead to waste. OpenShift is also polyglot software, meaning developers can write applications in a handful of languages, including Java, Ruby, Python, PHP and Perl. Since the application development platform is abstracted from the underlying hardware, it means OpenShift can run in a customer’s private cloud or a provider’s public cloud. Ultimately, Badani says PaaS creates easier management for operations managers and more freedom for developers.

OpenShift has Red Hat features baked into it, Badani says, such as Security-Enhanced Linux (SELinux), which was developed in conjunction with the NSA to provide access controls and allows for segmentation of information within the system. OpenShift runs on Red Hat Enterprise Linux (RHEL) and Badani says Red Hat hopes to integrate OpenShift into the company’s distribution of OpenStack, which is in beta now but is expected to be generally available next year. OpenShift is priced based on usage, measured by the number of nodes or instances it runs on. Pricing starts at $5,550 for two cores.

Red Hat will be demonstrating OpenShift at the Amazon Web Services re: Invent show happening this week in Las Vegas. Also at the show, a variety of other PaaS players may have news, including CloudBees, which today announced advanced support for its Java-PaaS to run in AWS’s virtual private cloud.

John Treadway, a consultant at Cloud Technology Partners who has helped businesses implement PaaS solution, says Red Hat has a great market opportunity, but the beta version of OpenShift has been pretty much nonexistent in the market, he says. “Red Hat has really moved tentatively with this,” he says, which means it just hasn’t had traction in the market. VMware with its Cloud Foundry (CF) PaaS, he says, has a huge head start on Red Hat OpenShift. The good news for Red Hat? “It’s way too early to pick winners and losers in this market,” Treadway says.

Gartner recently reported that it expects PaaS to grow from a $900 million industry last year to $1.2 billion this year. That’s compared to a $14 billion or larger software as a service (SaaS) market. But, PaaS is projected to become a $2.9 billion industry by 2016, it says.

Along with CF and OpenShift, there are also Microsoft Azure, Apprenda, ActiveState, Cloud Bees and a variety of other vendors. Treadway is bullish on PaaS technology though, particularly the automation it provides developers, which can ultimately lead to faster application development with fewer code errors. The earliest adopters of PaaS so far have been split between independent software vendors that may be looking to turn their software into a cloud-based software as a service, and enterprises that are looking to further automate their application development and delivery platforms.