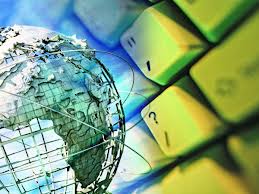 IT spending growth in the Asia-Pacific region is expected to slow as countries including China and India grapple with emerging economic issues as a result of the world economic crisis, according to research firm Forrester.

Spending by governments and businesses is expected to grow just 2.9 percent this year, to around US$543 billion, Forrester said Monday. That is the second-largest spend after the U.S. and ahead of Western and Central Europe.

Despite a host of economic issues, Japan will spend the most, at $251 billion. China, one of the fastest growing Asia-Pacific markets, is expected to spend $114 billion, followed by Australia at $49 billion, India at $32 billion, South Korea, $28 billion; Taiwan, $13 billion and Singapore, $9 billion.

While Asia has been thought of as a growth engine of the global economy, it “has been misfiring on some key cylinders, leading to slower growth in the regional tech market in 2012,” Forrester said.

“While Australia, Korea, and several Association of Southeast Asian Nations (ASEAN) tech markets are showing good or improving growth, in other markets like China, India, Japan, Malaysia, and Vietnam, political leaders seem paralyzed in the face of growing economic problems,” according to a report written by Andrew Bartels and Frederic Giron.

Australia, New Zealand, Singapore, and South Korea are expected to show interest in software for automating business processes and analytics in order to improve their businesses, Forrester said.

Political changes in Myanmar, formerly known as Burma, are unlikely to pose significant opportunities for vendors. “Even if Myanmar does open up, it will remain small for the foreseeable future, as will Brunei, Cambodia, and Laos,” Forrester said.

Forrester relied on data from the International Monetary Fund along with IT investment data from the national statistical agencies of Australia, Japan, New Zealand, Singapore and South Korea, along with the Organisation for Economic Co-operation and Development (OECD). It also looked at the financial reports of 50 IT vendors.