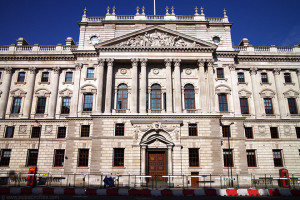 HM Treasury is inviting suppliers to tender for a place on a new framework worth up to £255 million, which will help the department move away from a single-supplier outsourcing model for its IT and towards a “multi-sourced” supply chain.

The department currently outsources all of its IT to Fujitsu under a deal it signed in 2007, but is due to end in January 2015.

It plans to have a number of suppliers integrating, providing and managing products and services is in line with the government’s reform plans to introduce a more diverse set of suppliers to Whitehall, including SMEs.

The plans aim to increase competition, drive down costs and improve quality of service.

HM Revenue & Customs is currently undertaking a similar overhaul of its Aspire contract and it is expected when other departments’ outsourcing agreements come to an end over the next two years the same approach will be adopted.

The Treasury is looking to adopt an IT service towers model, which is becoming a popular choice among government departments. It requires ‘towers’ to be set up – such as desktops, networks, applications – which can be provided by different suppliers, but are all typically managed by one company throughout the implementation process, and provided across a whole organisation.

The bulk of the money will be spent under the Core IT Services tower, which will be made up of the three following services:

-Service Integration Service which provides the service management, service processes and central service desk functions that bind all of the ICT2015 suppliers and other HM Treasury IT suppliers together into a common framework.

-Core Applications Service which is responsible for the imaging of end user devices, commercial off the shelf and office productivity software, key business applications, engineering support and a range of other services, management functions and support.

-Core Applications Platform Service which provides the data centre and server infrastructure, maintenance and support services required to underpin all of the other Core IT Services, the platform is scalable with virtual machines which can be provided to other HM Treasury suppliers for hosting their applications and services on for delivery to HM Treasury.

The Treasury recently stated that the transition to the new providers and services will not take a ‘big bang’ approach and it wants dual running of current and new services to be minimised as much as possible – it would like to see primary data only existing in one place at any one point in time.

A recent plan for the transition explained that each of the services will take a ‘nimble approach’ and will consist of the following phases: design, build, pilot, migration.

The new IT systems will serve 1,200 people in London and approximately 35 in Norwich.

Suppliers interested in participating in the tender process have until the 27th January to submit their proposals to the department.