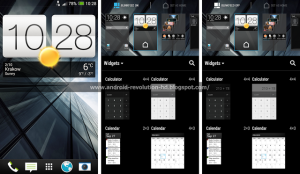 Leaks aren’t usually the most reliable source of information, but they can inspire wish lists and make us think of features we didn’t even know we wanted in the first place.

For instance, the purported screenshots of the upcoming version of HTC’s Sense 5 interface overlay reminded us that we’ve been wishing for a way to remove BlinkFeed from the Home screen since we reviewed the One earlier this year.

Though we can’t completely vet the source behind the Sense 5.5 screenshots, they show a toggle button that allows you turn BlinkFeed on or off. If you do decide to leave it be, you’ll also have a plethora of new feeds to add to the aggregator.

This week’s Android 4.3 update finally brought Quick Settings over to the Notifications panel for Sense 5 users, but the leaks show the ability to actually customise which settings appear in the menu after the update. Sense 5.5 will also include the addition of more emoji-like emoticons in the keyboard app, though it’s unclear how they’ll appear on other platforms, and it may come with new camera modes, including Panorama+ and dual capture mode, which engages both the front- and rear-facing cameras at the same time.

Of course, like all rumours and leaks, you can take this one with a grain of salt until we hear something official from HTC. Who knows – maybe the upcoming October 15 event will not only reveal the heavily rumoured One Max, but the new version of Sense 5.5, too.