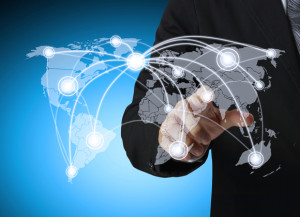 The ‘Internet of Everything’ (IoE) is expected to enable global private-sector businesses to generate at least $613 billion in global profits in 2013, according to a study by Cisco.

The IoE Value Index report — announced ahead of the networking leader’s flagship Cisco Live! event in Florida this week, where the IoE is set to be a large theme — found firms that optimise the connections among people, process, data and things will generate the largest profits.

The study of 7,500 global business and IT leaders in 12 countries reports that the United States, China and Germany are expected to realise the greatest value in 2013. However, the study also found that corporations could nearly double those profits through greater adoption of business practices, customer approaches and technologies that leverage IoE.

While IoE is already driving private-sector corporate profits, Cisco has estimated that an additional $544 billion could be realised if companies adjusted their strategies to better leverage it.

“The Internet of Everything has the potential to significantly reshape our economy and transform key industries,” said Rob Lloyd, Cisco President of Development and Sales. “The question is who will come out on top and win in this new economy.  This study shows us that success won’t be based on geography or company size but on who can adapt fastest.”

The IoE is the networked connection of people, process, data and things, and the increased value that occurs as “everything” joins the network. Several technology transitions — including ‘the Internet of Things’, increased mobility, the emergence of cloud computing, and the growing importance of big data, among others — are combining to enable IoE.

“This study confirms the potential for the Internet of Everything and our ability to make the world smarter, together,” said Jeff Hagins, CTO, SmartThings.  “With the SmartThings platform and open community, we believe that more developers and inventors will be able to participate in the value chain and ultimately bring the physical graph to life.”

Among business leaders who participated in the IoE Value Index, 69 percent said they thought the global job market would stay the same or improve due to IoE, and 89 percent thought wages would improve or stay the same.

In addition, business leaders believe that the IoE will help drive better information security — an indication that they understand the importance of security and privacy to the growth of IoE. Fifty percent of business leaders said IoE would improve security, while 26 percent thought there would be no change.

Business leaders in emerging countries clearly expect to leverage IoE to their advantage, according to the research, with these executives showing to be most bullish on capturing value.

While the IoE is driving a huge amount of corporate profits, an additional $544 billion could also be generated in 2013 if companies adjusted their strategies to better capitalise on it, Cisco said. “That figure should be a wake-up call to businesses large and small that IoE can significantly add to their bottom line,” added Lloyd.

The IoE Value Index follows further research Cisco conducted earlier this year, which found that global businesses could pursue as much as $14.4 trillion over the next decade by leveraging IoE to improve operations and customer service.

CNME editor Ben Rossi is reporting live from Cisco Live! in Florida this week. You can follow live Twitter updates at #CLUS an @ComputerNewsME.