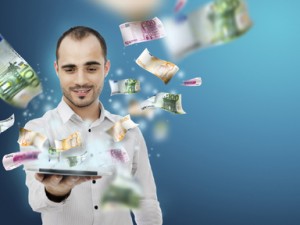 Middle East IT spending is projected to total $192.9 billion in 2013, a 5.5 percent increase from 2012, according to the latest forecast by Gartner.

The findings were revealed by Peter Sondergaard, Senior VP and Global Head of Research, Gartner, at the Gartner Symposium ITxpo, which is being held at the Madinat Arena in Dubai.

“Devices are represented by mobile phones, media tablets, PCs, and printers, with mobile phones excelling with more than 14 percent spending growth in 2013,” Sondergaard said. “Mobile phone sales between 2013 and 2016 are forecast to increase 64 percent, reaching $32.7 billion.

“IT demand is quite selective in large ME organisations. We expect strong IT demand from vertical industries like banking and government in 2013. As the Gulf economies continues to develop the non-oil GDP part of the economies, increased reliance on information technology will happen to spur this growth. A detailed understanding of vendor offerings and user needs are critical to fulfilling business needs.

“The growing young population in the gulf region will drive the need for technologies around the Nexus. The Nexus of Focus, the intersection of cloud, mobile, social and information, changes the approach to IT. Across the region every budget will become an IT budget.”

In 2013, Middle East software spending is forecast to grow 7.1 percent over 2012, the report states, attributing the drivers of this segment to key markets such as security, storage management, and customer relationship management.

However, beginning in 2014, markets aligned to big data and other information management initiatives, such as enterprise content management, data integration tools, and data quality tools will begin to see increased levels of investment, it adds.

The forecast also reveals that ME telecom services market continues to be the largest spending market, representing 77 percent of total IT spending in the region in 2013.Gartner analysts predict that its growth will exceed 5 percent in 2013, with mobile voice services reaching US$88.5 billion and mobile data services at US$23.2 billion.

The most recent IT spending forecast research is available at http://www.gartner.com/resId=2288720 .