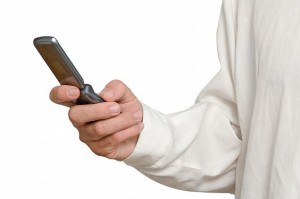 The GSMA today published its first in-depth assessment on the impact of the mobile industry on the Arab States, highlighting the explosive growth of mobile services in the region.

Based on research from Deloitte, the report attributes a 32 percent average annual growth in connections between 2002 and 2012 – when 19 million connections grew to 391 million – to strong regional market competition and falling handset prices.

While highlighting the extraordinary development of the region over the past decade, the report identifies fundamental challenges that put the continued growth of the sector at risk, including limited spectrum availability, high taxation and stifling regulation.

“However, there are far greater opportunities that the mobile industry can deliver for the region. Governments need to take action now to increase spectrum availability and stabilise the regulatory environment if they want to continue the momentum and realise mobile’s full potential.”

The rapid pace of mobile adoption has delivered substantial economic benefits for the region, directly contributing $132 billion to the economies of the Arab States, or approximately 5.5 per cent of total GDP, in 2011.

In addition to the economic value, the mobile industry has also contributed to employment in the region. The full-time employment created across the Arab States as a result of the availability of mobile technologies is estimated to have been more than 1.2 million jobs in 2011.

If additional harmonised spectrum were allocated to mobile broadband, 5.9 million additional jobs could be created by 2025, according to the study.

However, to extend mobile penetration and capacity, as well as reap the associated economic benefits, the report refers to the “urgent need” for governments in the region to deliver adequate spectrum in line with internationally and regionally harmonised spectrum bands, including the Digital Dividend, 2.6GHz and 1.8GHz bands.

The release of additional spectrum could raise the region’s combined GDP by $108 billion between 2015 and 2025, the report claims. Harmonisation of spectrum bands would further lead to economies of scale for device manufacturers, which in turn would give more consumers access to affordable mobile technology.

“Mobile penetration has increased greatly over the past few years and now reaches well above 100 per cent in many countries of the Arab States,” said Santino Saguto, Partner Consulting, TMT Leader for Deloitte ME.

“However, in order to meet the expected demand for new generation services, governments need to continue to support the development of mobile broadband, notably through the provision of appropriate spectrum. The current spectrum allocations are not able to sustain the potential growth in data traffic and, unless increased, seem likely to raise costs of provision, challenge investment decisions and increase network congestion.”

The study also points out the urgent need for governments to revise mobile taxation and regulatory regimes across the region. ICT policies that support light-touch regulatory frameworks will increase investment from mobile operators in next-generation data services across the region, it says.

It adds that high consumer taxes on mobile products and services are holding back the growth of the sector, decreasing affordability and, in turn, usage levels, denying the poorest members of the population access to mobile services.

A number of countries in the region, including Egypt, Jordan and Morocco, have very high taxes on mobile services as a result of mobile-specific or ‘luxury’ tax rates.

If spectrum needs are met and regulatory certainty delivered, there is a major opportunity for governments to generate significant additional revenue from the mobile ecosystem, with the potential to raise $528.7 million by 2025, the report concludes.

The full report can be found at www.gsma.com/MO.