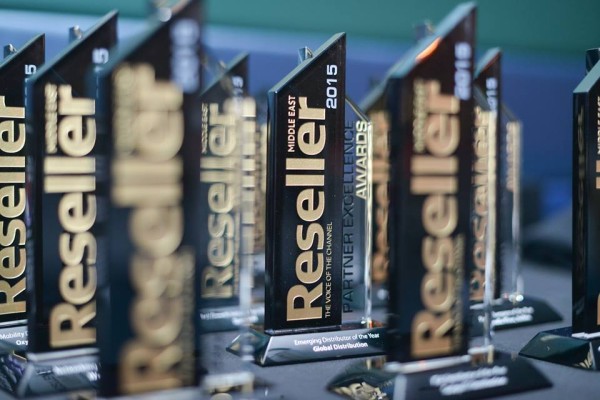 At its sixth annual Partner Excellence Awards 2015, Reseller Middle East, bestowed its highest honour upon the best performing companies from the regional IT channel community. Held on June 3rd, at Jumeirah Beach Hotel, the awards commended channel players who have strived to grow their business through differentiation and innovation.

The evening kicked off with CPI Media Group’s Chairman, Dominic De Sousa’s welcome speech where he encouraged the industry to “raise the bar even when it seems impossible.”

Presenting sponsor for the event, Octagon International’s Managing Director, Sukant Mishra emphasised the significance of evolving with the times and embracing technology to enable business. Hazem Amer, Market Development Manager, Gulf Region from Platinum sponsor, Intel, gave the second keynote address for the evening. He said, “Exciting times are ahead of us, if technology was a movie, we are only seeing the trailer now.”

The winners ranged across several categories including vendors, distributors, resellers, SIs, retailers, readers’ choice and editors’ choice. Besides the awards ceremony itself, the 400-plus attendees were treated to a host of entertainment programmes, all of which blended in perfectly with the theme for the event – Brazilian Carnival. Reseller Middle East also gave away spot prizes for the best themed dressed male and female.

The most prestigious category of the evening, Best Partner Excellence Programme, from a distributor and a vendor was awarded to Mindware and SAP respectively.

Check out #RMEawards on twitter for a recap of the noteworthy evening. Click here to view the photos from the event.

The full length of winners were as follows:

Networking Vendor of the Year – Cisco

Mobility Vendor of the Year – Quantum

Peripherals and Accessories Vendor of the Year – Xerox Corporation

Security Distributor of the Year – ComGuard

Value-added Distributor of the Year – Aptec – an Ingram Micro company

KSA Distributor of the Year – Sariya IT Distribution