China has launched a satellite that will serve as the communications relay for a future probe on the the invisible side of the moon. The satellite is equipped with a payload for a space sensory system developed by Saudi engineers and researchers for filming and taking photos of the moon. 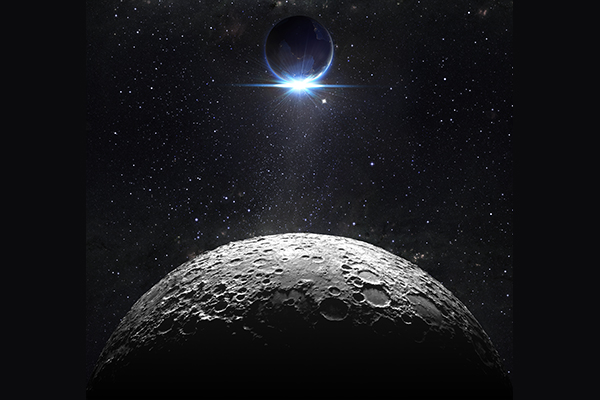 The cooperation between Riyadh and Beijing comes in implementation of a memorandum of understanding concluded between the two countries during the visit of King Salman bin Abdulaziz Al Saud to China on the 16th of March 2017, which laid the foundation for cooperation with the Chines Space Agency to explore the moon.

The Saudi Press Agency reported that payload consists photographic units, data processing, the mediator between the satellite systems and the payload system which was characterized by a light weight. It also has the ability to endure the space environment and taking photos from different angles and altitudes at a strictness accuracy that varies according to the lunar orbit changes from 38 m to 88 m at 300km – 9000 km altitudes, restoring and processing them.

The payload was prepared in a record time of no more than 12 months, the SPA said. During which the Saudi research team faced numerous challenges, most prominent of which was the importance of manufacturing a compact payload with a high capacity of less than 10.5 cu.cm and a weight of no more than 630 grams on the Chinese satellite.

The joint venture between Saudi Arabia and China aims at studying and exploring the moon, particularly the invisible side of it to provide the scientific data for researchers and specialist in the space research and science.

Dr. Turki bin Saud bin Mohammed, President of King Abdulaziz City for Science and Technology, said that the initiative would boost Saudi Arabia’s efforts to develop its satellite technologies and use it in several fields of reconnaissance and distance censoring as well as space telecommunications, in addition to proceeding with the march of catching the world race in this field.

He said KACST has scored success in developing those systems through a specialized task team of a host of Saudi engineers and researchers who contributed to the designing and manufacturing the lunar filming payload system at the city’s labs.

Prince Turki bin Saud noted that the city follows a systematic approach according to the national system for science and technology to reach the state-of-the-arts levels in these diversified sciences, including the Saudi space field which covers satellites and their applications, exploration of space, establishing an advanced space programme to match with the Kingdom’s vision 2030.