In a world driven by as-a-service models, telco providers stand to suffer if they do not get their fair share of the services they provide. How can they differentiate themselves in terms of delivering Internet of Things infrastructure, and what hurdles must be overcome in this process? 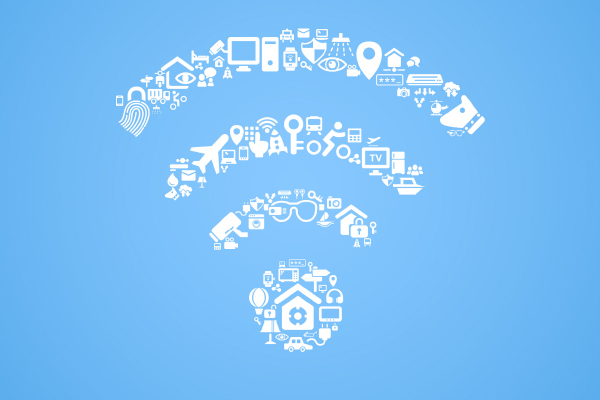 As communications service providers shift to data-dependent business models – away from those relying on voice and messaging revenue – Internet of things infrastructure will be one of their most important considerations. Over the past five years, the IoT sector has yielded 20-50 percent annual increases in device connections. IoT will provide vast data resources to be analysed for marketing gain, and ubiquitous service that spells gold for telcos. That being said, they also stand to miss out if inappropriate action is taken.

Despite the promise of IoT, there will many in the telecom industry who are keen to tie up the appropriate partnerships to ensure that their business doesn’t suffer. In the same way that over the top providers have leveraged telco services to their advantage, a new wave of IoT-based services is likely to emerge, and they could well earn an imbalanced share of profits if the right frameworks aren’t in place.

Paul Black, Director of Telecoms and Media, IDC Middle East, Turkey & Africa, is all too aware that telcos face the risk of not receiving a fair cut given their level of work in the ecosystem. “Over time, telcos have been responsible for much of the costs involved in developing and upgrading network infrastructures used by other service providers, who rarely partake in supplementing costs of implementation,” he says.

Andy MacDonald, Vice President, Global Service Provider, Middle East, Africa & Russia, Cisco, believes that services providers will need to determine the extent to which they need to collaborate with partners to avoid selling themselves short. “Customers using telcos’ services need to pay a fair share of this huge infrastructure cost,” he says. “Given that 70 percent of the revenue and profitability of IoT offerings will come from application level services, SPs need to determine what capabilities they will drive themselves and bundle and what they are going to rely on partners to provide offerings. This can vary from the SP being the responsible counterparty where they bundle all services underneath them to being an IoT IaaS/PaaS platform for others to offer service. This is a critical risk/reward decision.”

As infrastructures are developed to support IoT demands, a crucial aspect for competitive advantage will be the ability to gauge customer sentiment, and adapt to these needs in a timely fashion. Wael El Kabbany, Vice President for the Middle East, North Africa and Eastern Mediterranean, BT, believes that service providers need to shift their focus to scalable platforms that can allow for comprehensive data analysis. “Being connected to numerous sources of data, service providers will be able to act on a massive pool of it,” he says. “They will be able to leverage this data to gain further insights and respond to customer needs in real-time.”

Along with a range of technology vendors investing heavily in IoT R&D and ecosystems that will lay the groundwork for the future, firms in the GCC are already make swift in-roads deliver on the promise of Smart Cities. These telcos are setting the pace across a number of verticals that will be huge customers of telco IoT services.

Looking forward, the region can count itself lucky in this respect. An ecosystem of telco providers, platform services and the hardware providers will have to ensure interoperability. “The Internet of Things is dynamic in nature both in implementation and operation so much so that a single provider in the ecosystem is incapable of developing a complete solution alone,” Black says. “As a result, service providers will need to look beyond DIY business models and engage in strategic partnerships to develop innovative solutions.”

Against this backdrop, the question has to be raised if the Middle East’s SMEs and enterprises are in fact prepared to deliver these services, and if their IT infrastructures can cope with new demands. El Kabbany believes that although IoT is not exactly present yet in the region, steps are quickly being taken to make it a reality. “The Middle East is witnessing one of most rapid rates of urbanisation and industrialisation in the world, as well as connectivity between residents, businesses and government entities,” he says. “While there is still ground to cover since we are still at the formative stage of IoT evolution, all businesses are in the process of adopting IoT initiatives.”

While the concept of data-generating sensors is nothing new, the introduction of autonomous IoT-enabled devices has to be carefully managed when designing this new ecosystem. Traditional sensors often require human interaction, and can be expensive to replace. MacDonald believes that CSPs have a crucial role to play in this transition in a region where large amounts of legacy technology are present.

“Companies that want to link new and legacy sensors to realise value from the IoT need to work closely with CSPs,” he says. “CSPs will act as master contractors of these implementations and have to develop the SI capabilities to offer these services.”

Arguably one of the most important considerations in IoT infrastructure design – and perhaps the greatest barrier to overall IoT success – is the issue of security. MacDonald gives a comprehensive outline on what he believes is needed to satisfy this potential pitfall. “Each device should have an identity that is persistent and can be relied on as a unique identifier for security and management purposes,” he says. “A secure IoT solution will provide a mechanism for keeping track of device versions and rolling out over-the-air updates to maintain a desired level of security. Many IoT devices are designed to last a decade or more, so leading IoT device and gateway vendors must make their devices updatable and upgradeable. Keeping devices secure aids in keeping the CSP’s network secure.”

He goes on to highlight physical security concerns “A solution should only store data that is needed for accomplishing business objectives at the edge. Physical security of edge devices augments cybersecurity by creating a barrier to entry and reducing available attack vectors.”