The Mohammed bin Rashid Space Centre (MBRSC) has announced the next run of its Space Explorer Camp, to be held for the first time ever in spring this year, WAM reported.

The programme, which is open to students between the ages of 15 and 18, from all over the world, will offer hands-on sessions and workshops delivered by MBRSC’s experts.

The camp is geared to introduce students to space science, ignite their passion for space exploration and boost innovation through various educational activities.

The Space Explorer Camp will be conducted in two groups: the first group comprising of male students will be held from 31st March to 2nd April, and the second group comprising of female students will take place from 7th to 9th April. Each group will consist of 24 participants. Interested applicants can now apply at: https://mbrsc.ae/spaceexplorer. 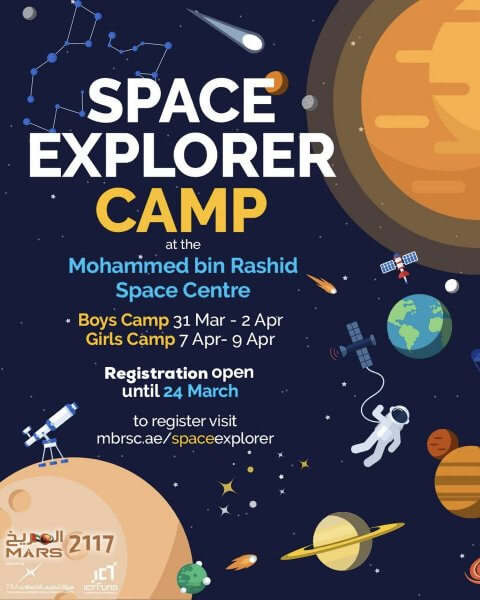 Adnan Al Rais, Mars 2117 Programme Manager at MBRSC, said, “MBRSC strives to empower the youth by educating them about space science and technology. The Space Explorer Camp, which is a Mars 2117 initiative, allows us to achieve this, and we are committed to designing the best possible educational experience for participants. Initially, the camp was limited to a summer camp, but after the substantial turnout we witnessed during its previous editions, we decided to hold the camp in parallel with school vacations throughout the year.”

Al Rais further highlighted that the Space Explorer Camp, with its spotlight on science, technology and engineering, works on cultivating creative skills and scientific research skills in students. The camp is also designed to attract the younger generation to future careers in space science and therefore contributes to preparing national cadres for the space sector, which will in turn help achieve the nation’s space objectives.

Besides the workshops, participants will visit MBRSC’s R&D facilities, which includes the space technology laboratories where they will attend a hands-on soldering workshop.

The student also will get the chance to learn about the MBRSC’s programmes, notably the Mars 2117 Strategy, the Emirates Mars Mission – Hope Probe, the Satellite Development Programme, and the UAE Astronaut Programme.

The Space Explorer Camp is a Mars 2117 initiative and is funded by the ICT fund of the Telecommunications Regulatory Authority. 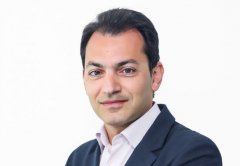