Emirates NBD has announced a joint initiative with Dubai Police – the launch of a UAE-wide #secureyouraccount campaign, aimed at raising public awareness and education on cybersecurity.

The public service campaign is part of Emirates NBD’s ongoing initiatives to remind customers that the bank would never ask for personal details such as online or mobile banking credentials and password, card PIN or the three-digit CVV number on the back of the card and to remain vigilant about fraudulent emails, links, websites or calls to protect themselves against potential fraud.

The centre-piece of the campaign is a parodied video of “It Wasn’t Me,” the popular hit song by Jamaican rapper Shaggy.

The two-minute video starts with a male customer calling the bank asking for help after his entire account was wiped out after receiving an email that he has to rectify his payment issue by sending his bank details and password.

The campaign will be supported by public service ads across print, broadcast, outdoor and social media by partners including major local media agencies as well as Facebook.

As part of its commitment to safe, secure banking, Emirates NBD conducts regular SMS and email campaigns as well as posts messages across its social media platforms to sensitise customers to potential phishing and vishing attempts by fraudsters and remind them to never share their personal details with anyone. Handy tips on safeguarding personal information as well as encouraging safe banking practices are prominently displayed on the bank’s website in addition to pop-up reminders on the bank’s digital platforms, reminding customers to remain vigilant against fraud.

The global banking industry has been facing an increasing number of cyber-attacks in recent years, with the average cost of cyber-crime for the banking sector globally increasing by about 10 percent last year to $18 million.

Emirates NBD has committed a major portion of its AED 1 billion digital transformation investment towards strengthening our infrastructure, digital processes and analytics as well as creating programmes, products and solutions that provide customers with increased protection while carrying out digital banking transactions.

“Cybersecurity is a global threat that demands a collective approach between banks, law enforcement agencies, the media and end users,” said Abdulla Qassem, group chief operating officer, Emirates NBD. “As the UAE’s leading bank, we are committed to working with stakeholders across the sector to address this critical issue.”

As part of Emirates NBD’s efforts to make everyday banking transactions more secure, the bank’s new authentication program known as SmartPass enables customers to authorise transfer and payments on Emirates NBD Online or Mobile Banking by using a token generated through their mobile.

The bank’s DoubleSecure feature provides additional security on card-based transactions when shopping online at participating merchant sites. Additionally, customers receive instant SMS alerts on purchases made through their credit or debit cards, enabling them to block their cards instantly through their Emirates NBD Mobile Banking app or by calling the bank’s call centre, in case of any fraudulent activity. 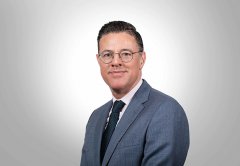 FinTech set to grow in the Gulf during global COVID-19 pandemic: study