All too often, technology vendors hold their customers to ransom when it comes to renegotiating deals or exiting contracts. What can end users do to protect their long-term interests and ensure that they are not at the mercy of those whose technology they use daily? 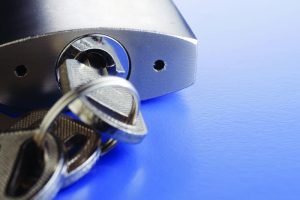 The CIO-vendor relationship can often be described as a love-hate affair. For every technology decision maker who claims that their hardware, software and service providers have “transformed their business” or “given them a platform to innovate” there will be another who does not see things in such a rosy light. From the moment many CIOs sign on the dotted line, they find their technology roadmaps increasingly restricted, as well as being subjected to manipulative and aggressive sales practices.

Still, love them or loathe them, vendors play an essential role in business operations, and CIOs are always tasked with protecting their employer’s interests in any technology deal.

A consequence of entering an ongoing partnership worth hundreds of thousands – or even millions – of dollars is that the recipient of that investment will not want it to cease. A 2016 IDC report says, “All too often, vendors have a top hand,” in relationships with end users, citing a range of factors, including high switching costs, in their advantageous position. Meanwhile, other “vendor control points” including exclusive record integrations or overly customised applications, can cause problems if end users wish to switch supplier.

Ahmad Al Emadi, IT infrastructure project manager at Dubai Municipality – who recently transformed its IT systems by introducing a software-defined networking platform – is a firm believer that end users need to be guided by strong principles and preparation to get the best possible deal. “Vendors will always try to squeeze you, and that’s the market,” he says.

“In my experience, the vendor should never have the upper hand,” he adds. “As an end user, it’s imperative that you ensure competition between vendors, and don’t allow yourself to get cornered, either contractually or financially. It depends from customer to customer, but whoever gets the upper hand is usually the winner. If you don’t have a strong team in place to evaluate vendors, then they will definitely do as much as they can to influence your IT.”

However, Adrian Pickering, Red Hat’s regional head for the Middle East and North Africa region, does not believe that local CIO’s are largely backed into corners by their existing technology providers. “CIO’s have the discretion to challenge incumbent vendors if they are willing to assess alternate solutions and options,” he says. “This may take considerable assessment depending on the solution or technology, but no CIO should feel trapped in today’s world.”

Chief information officers all over the Middle East are all too familiar with pressures that inevitably result from the deployment of powerful software on existing, limited hardware. An all-important application upgrade can push an organisation’s CPU to the limit, and Al Emadi believes that situations in which software is dependent on a vendor’s corresponding hardware can leave end users in a catch 22 situation. “You need to be careful with certain projects if things are going to be stuck close together,” he says. “If you are in a situation where every time you want to upgrade your software, you are also forced to upgrade your hardware, is that not forced? Vendors often make it very hard to get out of using their products, and the alternative – migrating your data to a new product – is tough.”

With these challenges as a backdrop, end users are forced to tread carefully when opting for technology partners. The IDC report goes on to add, “By evaluating technology portfolios with vendor lock-in considerations in mind, an enterprise is better able to assess its leverage points heading into major negotiations with vendors. Decisions to implement competing technologies in parallel with each other may help create leverage points for the enterprise that help combat the control points set by the vendors.”

Pickering believes that to avoid being exposed in their dealings with technology providers, end users must involve other senior stakeholders within their organisation to ensure a strong end result. “CIO’s will need to work with their finance, legal and procurement departments to ensure that they have an effective technology procurement policy that is in the best interests of their business and their internal customers,” he says.

While those purchasing technology can implement as many strong processes and skilled people to combat long term issues, evolving technology can always throw a spanner in the works. As any seasoned end user knows, product lifecycles are becoming increasingly short, demanding more technology refreshes over time. Al Emadi is particularly conscious of the end user’s need to ensure that they plan their roadmap as effectively as possible to avoid any nasty surprises. “If you aren’t aware of unanticipated costs, or what you are doing with the product, you could run into trouble,” he says. “Things may be fine for the first three years of a contract, but then the goal posts can be moved in year’s four and five and the demands placed on the end user completely change. It’s useful to know the vendor’s R&D plans to know how they will manage the product going forward.”

When it comes to technologies of the present and future, cloud computing has often promised to lift the burden of vendor lock-in from CIOs. That’s what vendors say, at least. According to a Logicworks survey by Wakefield Research, 78 percent of IT decision makers believe that concerns about vendor lock-in prevent their organisation from maximising the benefits of cloud resources. The majority of IT leaders choose not to fully invest in cloud because they value long-term vendor flexibility over long-term cloud success. The challenges of moving data back and forth and in different formats before it goes to a new provider also remains an inhibitor for many organisations.
Al Emadi believes that ensuring a “360 degree” view of the decision making process can equip a buyer for a whole host of oncoming challenges. “If you have a team that is strong on the technical and financial sides, then there’s no reason why you can’t get a good deal,” he says.