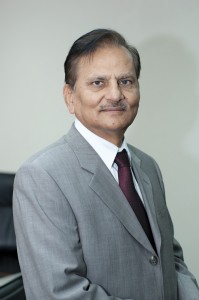 The UAE-based Al Shirawi Group is one of the largest manufacturing, engineering, distribution, contracting and services industries conglomerates in the Arabian Gulf. It boasts of more diverse operations and business filed that almost any other similar groups in the region. Very often, IT organisations in diversified companies wage a battle against IT diversity and related costs.

For MN Chaturvedi, CIO of the Al Shirawi Group, the challenge is the same.  “Best practices for one business unit may not be relevant to another. The challenge is to conquer this complexity without compromising the IT service levels. In the same way, we can’t find packaged applications that suit all our business requirements so we have a strong in-house development team,”

Recently, Al Shirawi group has retired its legacy systems based on Informix and its associated hardware to a centralised and unified IT infrastructure built for the business with high availability, better control and reliability. “With the application centralisation, the challenge was to build an infrastructure that could handle the projected data traffic load, provide application availability, security and visibility,” says Chaturvedi. The central IT system now caters to an Oracle ERP system, Lotus Domino Mailing System, among other applications. The technology infrastructure is based on HP enterprise servers running on a network built on Cisco routers and Catalyst switches. Oracle ERP runs on a Unix platform hosted on high-performance and multi-tasking machines with a fibre channel based SAN. “Centralising our infrastructure has helped to improve business continuity, significant improvement in customer service with reduced response times. We have eliminated the dependency on obsolete hardware by completely refreshing the backbone technology,” says Chaturvedi.

Al Shirawi’s DR site is co-hosted in the Etisalat data centre with real-time data replication at server level and tape is being used for automated backup. WAN connectivity is provided by an MPLS network and the group has deployed its own Wi-Fi based on the free spectrum 2.8Ghz with TRA approvals. “We had to deploy our own wireless solution in remote locations where the ISP can’t reach and wireless traffic is being tuned and shaped to merge with MPLS pipes. We also chose MPLS over ADSL because we found the latter to be expensive and often resulted in bandwidth and performance issues,” says Chaturvedi.

Data security is one of the top priorities for the Al Shirwai group, a fact that is reflected in its multi-layered defense model. Advanced cryptography is being used on hybrid VPN links, which is further fortified with IPS and IDS, and distributed firewalls layered below a load balancer. Web traffic is routed though a proxy server and filtering solution with open conditional content access management on IPS. It has also helped Al Shirawi group to optimise its network bandwidth usage.

Al Shirawi’s 45- member IT team is now busy rolling out virtualisation across the data centre, laying the ground work for a private cloud. “We already have 50 percent of systems virtualised and plan is to have a 100 percent virtualised environment, which will helps evolve a chargeback model and run IT as a business. We are already in the process of mapping applications with back-end system to create better cost-to-value matrixes,” says Srinivas Rao, Manager of IT Infrastructure. Other plans include an automatic switch-over to the DR, which is being done manually at the other and having a converged IP network for both voice and video.