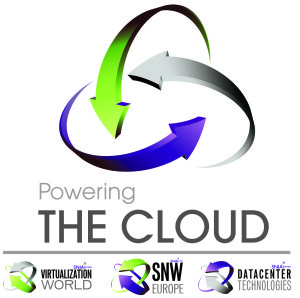 But there are certain issues that have left many in the industry puzzled and concerned. At the top of that list are security and privacy.
The recent scandal of the NSA’s PRISM programme, which is alleged to have accessed American citizens’ personal information, has only heightened the anxiety of many in the IT industry.

Internal data storage proves expensive for large organisations, and the public cloud remains a slightly forced decision for many.
Understandably, the idea of leaving important data in the hands of another company is a big concern. For a number of reasons, executives may feel paranoid about handing over secret and critical information to outsiders.

Yet more problems arise in the issue of who actually owns the data once it is stored in the cloud, and can the cloud provider deny a company access to that data?

In spite of the inevitable paranoia and confusion that is created by incidents like NSA’s Prism scandal – and cloud computing in general – there is one important factor to consider: it is in the cloud provider’s interest to ensure the data remains safe.

If it is their business to store and guard data, then rest assured, if they fail to do so, they will soon find themselves losing customers. Nonetheless, a recurrent theme across Powering The Cloud’s keynote speeches was the inevitability of data being hacked. However, speakers maintained that risk could be reduced by carefully choosing cloud providers and specific plans.

Bob Plumridge, Chairman of the Board of SNIA, an industry educator, was keen to highlight this, “Mystery still surrounds certain aspects of cloud, but the main issues now are who is using it, what are they are doing with it, and how it is being implemented. Businesses are interested in what aspects of it are working well, and what aren’t.

“What has happened with the NSA Prism scandal may make people reconsider their options. Having said that, I do think that, through education, people can be made confident that property is secure, and they may double-check decisions and assess what their partners can offer. I do think Prism will affect the uptake of cloud. Not necessarily the private cloud, but certainly in terms of the public and hybrid clouds.”

Plumridge’s point about Prism is supported by the Information Technology and Innovation Foundation, which estimates that American cloud companies could lose up to $35 billion in the next three years as a direct result of the American government’s actions.

At best, this figure could be in the region of $20 billion, but with European competitors closing in on a greater share of the market – that Gartner estimates will be worth $47 billion by 2016 – it looks inevitable that American providers will lose out.

The lack of trust towards the American government is understandable; if information has been left with companies under their jurisdiction, why wouldn’t they tap into it when they have already done the same to their own citizens?

Robin Kuepers, Storage Marketing Director, EMEA, Dell – a keynote speaker at the show – believes that, broadly speaking, the risks of cloud computing are inherent. However, like Plumridge, he is all for good education on the cloud. “People have to live with the reality that having your data hacked on a public cloud is always a possibility. Privacy and security are important things, but to what level can you guarantee them?” he asked.

“I think people accept that whatever data you put online in any form there is always a risk that it might be hacked, whether it is an online bank account, or the use of PRISM to stalk individuals’ information. It is just a question of reducing that risk so that it is unlikely to happen.”

An issue that continued to crop up throughout the event was that of where cloud computing will leave thousands of IT employees, who, until now, may not have been so occupied with ensuring the security of the back end.

This could well change, with security a preeminent concern. Chris Johnson, Vice President, EMEA HP Storage Division, discussed how the expectations of employees will change with the industry. “A lot of roles that have been so important in IT may become redundant.

This does not necessarily mean these people will lose their jobs, but the emphasis will certainly shift to ensuring the security of the back end, and ensuring each specific cloud programme suits the needs of each individual customer,” he said.

In an ever-changing industry, it’s becoming increasingly difficult for companies to find the best solutions to protect their data. Hackers are on the rise – much like CIOs’ blood pressure levels – and it becomes easy for paranoia to take hold. The advantage of events like Powering The Cloud is that they are vendor-agnostic, and are an ideal platform for these anxieties to be eased.

It’s difficult to understate the value of attending an event that gives unbiased, contemporary advice on tackling issues that so easily engulf CIOs.

Event organiser CEO of Angel Business Communications, Bill Dunlop Uprichard, knows this better than anyone, “I find that vendor-based events tend to become an exercise in self-promotion, whereas this one is endorsed by industry associations like SNIA,” he said.

“One of the things we do is help build trust and security between businesses. First and foremost we hope that the event can educate people, and give them an increased understanding of how their businesses could improve with emerging technologies.”

The main message to come out of Frankfurt’s Congress Centre was that serious thought is needed on how to best confront the issues of security and privacy. Every speaker who touched on the issue was in no doubt about this. However, the message to emerge was not one of fear, but of acceptance, and shrewd, strategic action to best-equip any organisation to fight the unsettling threat of hacking.