Fog computing provides the capability to derive real-time insights from the vast amounts of data generated by “things” at the edge of the network. Aligning with Dubai’s vision to be the world’s “smartest city” by 2017, how can fog computing contribute to this effort? 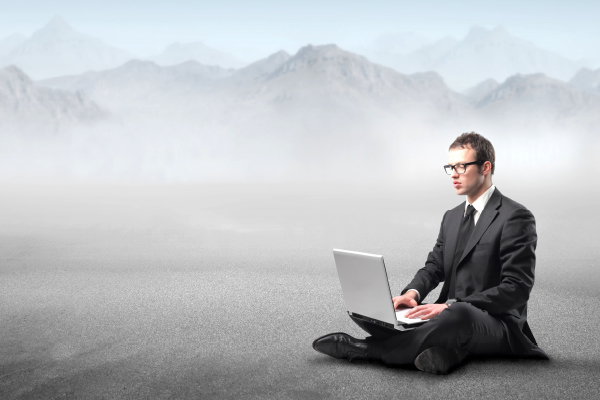 Fog computing pushes applications, data and computing power away from centralised points to the logical extremes of a network. More often than not, much of the data processing on this platform takes place in a data hub on a smartphone, or on the edge of a network in a smart router. One of the primary aims of fog computing is to improve the efficiency of data processing by reducing the amount of data that is transported to the cloud. By processing data close to where it is produced and needed, it solves the challenges of exploding data volume, variety and velocity.

IDC research indicates that the amount of Internet of Things data actually analysed on devices close to where it is collected – as opposed to sending the data to the cloud – is fast approaching 40 percent. In certain industries, real-time data has to be just that, with no room for error. In a vehicle-to-vehicle communication system, up-to-date insights are imperative to guarantee the safety of those involved. Latency in that data being received could have disastrous consequences, an example for where fog computing comes in.

“Analysing IoT data close to where it is collected minimises latency,” says Mohannad Abuissa, head of sales engineering, east region, Cisco Middle East. “Along with the cloud, fog computing is assisting in accelerating the adoption of the IoT in the enterprise. It offloads gigabytes of network traffic from the core network, and keeps sensitive data inside the network.”

“After decades of toying with IoT, we are seeing rapid adoption in many industries today,” says Shams Hasan, enterprise product manager, Dell EMC. “The OpenFog Consortium aims to “influence standard bodies into creating standards so that IoT systems at the edge can interoperate securely with other edge systems and cloud services in a friction-free environment.”

With Gartner predicting that over 20 billion “things” will be connected by 2020, it’s no surprise that methods such as fog networking are gaining popularity, when it appears that almost every object under the sun will soon be delivering mission-critical data of some sort. Currently, the regular process of data analysis tends to centre around it being pushed up to the cloud or a central data centre, stored and then eventually analysed; only after which decisions are made. “There is a sense of urgency when it comes to dealing with and processing sensitive or time critical data,” says Hasan. “Because fog computing allows smart devices to send, receive and store information, it can deliver better insights closer to where the data gets collected. It’s perfect for delivery analytics for time critical applications.”

The issue of safety and protection of data is one that keeps reappearing whenever IoT is mentioned. Security has become the must-have factor when implementing IoT technology; more than ever, fog computing requires a highly scalable and collaborative approach, with deep expertise in a wide range of industries and technologies if it is to succeed.

Abuissa believes that fog will provide innovative ways to reduce the security complexity and costs on individual devices, and compensate the devices’ constrained security capabilities with off-board security services. “Reducing human-intensive incident responses is also critical for mission-critical systems, because shutting down some “things” can cause intolerable consequences,” he says. “By placing fog-based automated security at the edge, we can reduce the human component and replace it with dynamic and risk proportional incident response.”

Intelligent gateways within fog computing allow organisations to securely connect and process data “at the place where it makes most sense,” according to Hasan. “As enterprises in the Middle East increase their investments in the IoT, these intelligent gateways will play a significant role in keeping the balance between expansion and security,” he says.

Beyond this, there is ample opportunity for CIOs in small and medium-sized businesses to look at adopting fog computing. “Focusing on the Middle East, I believe there is a window to educate SMBs about fog computing and the opportunities it presents,” says Hasan. “At the moment, I would say that it is not on their radar, and SMB decision makers do not see this as a priority investment area.”

Aside from SMBs in the region, fog computing is particularly suited to Dubai’s vision of a ‘Smart future,’ as Smart Cities in particular are seen as one of the main verticals that could benefit the most from using this platform, along with government, oil and gas, healthcare and transportation.

The OpenFog Consortium has already demonstrated the extent of fog computing’s smart city services by developing a proof of concept for the city of Barcelona. “This demonstrated that fog technology can bring intelligence to a range of urban services, including transportation, parking, lighting, traffic and waste management, public safety, and law enforcement. But smart city services are only the beginning,” says Abuissa. “Fog computing can provide immense value across all industries.”

The Middle East can build on the findings of this concept in order to take full advantage of fog computing capabilities. Whilst the region has the skills and technology to achieve fog implementations, Hasan believes that it is essential to ensure that solutions are best-fit to the end-goal, and not the other way around. “Fog computing must not be forced into an end-goal that didn’t need it,” he says. “As fog computing and IoT still mature as ideas, practices, and opportunities, there’s a variety of thought leaderships that are available. This leads to an even more diverse technological approaches to achieve the end-goal.”