Property developer Arada has announced that Sharjah is set to welcome its first smart homes, as the company prepares to roll out next-generation technology at its AED24 billion landmark mega project, Aljada. 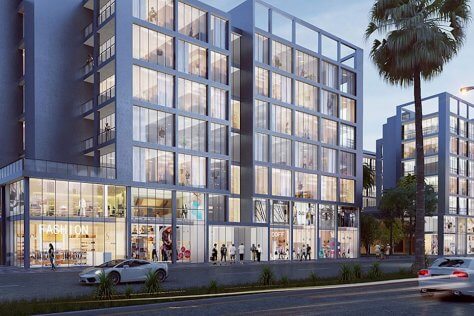 Branded ARADA Smart Home, the technology will be introduced into every unit in the luxury Misk Apartments buildings in the 24 million square foot city, providing unrivalled benefits and energy cost savings to homeowners.

In the process, ARADA has also become the first developer in the UAE to launch smart home technology as standard throughout a single project.

The ARADA Smart Home system will allow buyers access to a number of key features, ranging from remote front-door access and 24-hour video security through their mobile phones, to the ability to amend temperature and lighting, as well as managing utilities. Homeowners will also be able to switch to their favourite mood lighting, enable motion sensors within their apartments, and open and close blinds and curtains at the touch of a button. Each of these features can also be controlled by voice activation.

In line with ARADA’s commitment to creating value for end users, the new technology will be added to each unit free of charge. It will be operated by a centrally managed and ultra-secure building monitoring system.

The ARADA Smart Home technology will be available to view at the Cityscape Global real estate exhibition in Dubai between 2-4 October this year, where interested buyers can also ‘walk through’ the Misk Apartments via a ground-breaking virtual reality (VR) experience.

Prince Khaled bin Alwaleed bin Talal, Vice Chairman of ARADA, said, “One of ARADA’s core aims is to be a leader in the field of forward-thinking and sustainable development. Not only will the ARADA Smart Home system allow residents greater peace of mind due to round-the-clock visibility of their homes, it will also allow them to save money by monitoring their electricity usage more closely, which in turn results in a reduced impact on the environment. This is yet another sign that ARADA is determined to break new boundaries when it comes to delivering security, efficiency and convenience for our customers.”

Misk Apartments will range from one-bed units up to four-bedroom penthouses.

The latest announcement at Sharjah’s largest mixed-use lifestyle destination follows the award of the city’s first main construction contract in July, which was handed to Modern Building Contracting Company.

Launched in September 2017 by Sheikh Dr Sultan bin Muhammad Al Qasimi, Supreme Council Member and Ruler of Sharjah, Aljada has swiftly become Sharjah’s fastest-selling residential community. Delivered in phases starting in 2019, the entire project is expected to be completed by 2025.