Executives do not always fully grasp the inner workings of Artificial Intelligence even though it’s crucial for the long-term health and success of their businesses, remarked Amy Webb, Futurist and Founder of Future Today Institute, at the first inaugural Ai Everything summit.

The AI expert and bestselling author of ‘The Big Nine: How the Tech Titans and Their Thinking Machines Could Warp Humanity’ argues that, while the drivers of AI are largely global corporates such as China’s Baidu, Alibaba and Tencent, as well as US-based Google, Microsoft, Amazon, Facebook, IBM and Apple, executives need to get a better understanding of the technology to take full advantage of it.

A professor of strategic foresight at the NYU Stern School of Business, Amy Webb said, “There is a tremendous amount of misplaced optimism, and at the same time fear about AI, which has become a buzzword. The challenge we are observing with leaders from government and businesses is that they often lack context and do not actually understand what the technology is and that’s important because the decisions they are making will have long-term ramifications.”

“It may feel like AI is being developed by many different countries from around the world, and to some extent that’s true, however, essentially there are only nine companies in the world that effectively have the lion share of patents. Those firms are well capitalised and are effectively building out the frameworks for the future.

“The problem with this is that the future of AI is seemingly concentrated in the hands of just a few companies, but we need to think more holistically.

A recognised advocate for AI adoption, she continued, “I decided to make my research freely available to everyone that is interested in the development of AI, because I am concerned that we are not thinking strategically about the technologies’ future application.”

Speaking of the UAE’s forward-looking vision and being a regional role-model for the implementation of AI, the author said, “I am humbled and honoured to be here with you in Dubai. I have been studying the UAE for a very long time. Out of all the countries I have studied, I believe the UAE does one of the best jobs in thinking strategically about the long-term application of AI.

Hailing the appointment of the UAE’s Minister of State for Artificial Intelligence, His Excellency Omar Sultan Al Olama, Webb, said “I never once heard him talk about flying cars and all the cool things AI might present in the future. Instead he is very practical, data driven and takes a realistic look at what AI can and cannot do.”

A keynote speaker at the region’s first and largest Ai Everything summit, Webb stunned her audience comprising of AI experts with revealing insights into the development of AI and entertained fans during her well-attended book signing session. 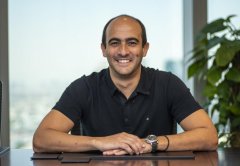 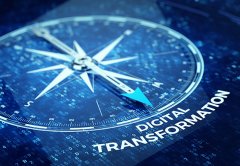 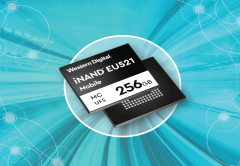 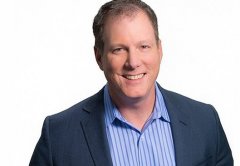