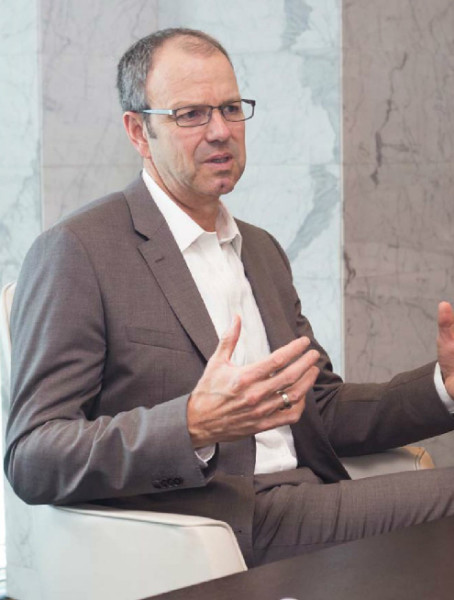 Idaho-based Cradlepoint offers 4G LTE wireless and network solutions, and has recently forayed into the Middle East to capitalise on the increasing popularity of LTE in enterprises. George Mulhern, CEO, Cradlepoint, spoke to CNME during his first visit to Dubai about what his company brings to the table.

Cradlepoint is a new entrant into this market. What does your company do?

We were founded in 2006, and right from inception our focus has been on wireless, which we knew was going to become an important part of the overall networking scheme. We started off with consumer business, and our first product was a cradle that could be turned into an accept point by attaching a smartphone.

Early on, we realised the bigger opportunity was going to be in the enterprise space with the advent of LTE and 4G. We have been growing over the last three to four years and everything we do is purpose-built for cellular networks. What we do differently is that we take consumer-grade network, and turn it into a highly reliable and high performance enterprise grade WAN. We are focused on what we call distributed enterprises with small footprints such as retail stores, restaurants, branch offices, etc. We have done over a million deployments so far with more than 15,000 customers.

Initially, Cradlepoint was focused on the North American market because that’s where LTE has been growing strongly for the past couple of years, but we are seeing LTE being rolled much more rapidly around the globe, including the Middle East.

What kind of opportunities do you see in the space you operate in?

There is a big macro technology transition happening now. The move to cloud-based applications, IoT, BYOD and the need for security is putting a lot of pressure on wide area networks. There is data centre congestion, WAN congestion, and the need for high throughput is very important for enterprises. There is also a new set of services and solutions that enterprises are starting to offer to their customers to help them drive top line and bottom line revenue growth.

Can you tell us a bit about your portfolio?

There are four different areas where we provide solutions – what we call fixed networks, mobile networks, and we do a good business in fail-over and out of band management, and then the IoT.

If you look at buses today, in a lot of cases they are providing Wi-Fi, and use digital signage and surveillance cameras. They need to have a persistent connection to the Internet, and require high bandwidth as well. But, when they are using surveillance videos you can’t stream them over a 4G network. Our devices can also use Wi-Fi as a LAN so when a bus pulls into a station, they can use Wi-Fi to download surveillance video.

On the fixed network side, because of WAN congestion, a lot of IT figures are trying to offload non-core applications out of the data centre and offer it on private MPLS type of networks. For example, some of our customers are putting their guest Wi-Fi on a separate air-gapped network using 4G LTE, so that it never touches their corporate network. They do that for security reasons, but also for simplicity of deployment. We have customer who are putting their point of sale systems on separate 4G networks so that they don’t have to connect it to other aspects of their networks and cause security problems.

On the failover side, you guys have pretty good networks here and it may not be as big an issue here.  But, what I think is relevant in this part of the world is our cloud platform and out of band management solution. If you have a problem with your Cisco or Juniper routers, with our cloud platform you can go right into the port of that router and troubleshoot without sending a technician to the site.

In terms of verticals we are particularly focused on, it is retail, finance, transportation and increasingly we are doing a lot of work with government. There is a little more to our solution than just providing 4G connectivity.

We have a platform that overlays 4G as well, and it is based on the cloud platform, which is also purpose-built for cellular. For example, most network management solutions use SNMP to do the management. We don’t use SNMP, we use proprietary stream protocol that is real time and bi-directional but it uses much less data than SNMP.  So we use much less of the customer’s data plan, and operators like it because we don’t use much of their spectrum either.

What differentiates you from competition?

One of the things that has separated us from lot of the competition as a company is that we are 100 percent focused on LTE and cellular networks. It really takes that kind of focus to stay up. They call it LTE for a reason because it is constantly changing. We are on Cat3 modems right now, at the end of 2015, we are going to see Cat4 modems and that’s going to take the performance up and early in 2016, it is going to be Cat6 modems. That is going to continue to happen and what that means for our customers is that when they buy a router they are looking to have five to seven years life. We have a modular architecture on our modems which means you can upgrade from Cat4 to Cat6, or higher, without going through a recall of your routers or reconfiguring them.

A lot of the bigger networking companies will have a solution that supports 4G, but because the change is so rapid and we are so focused on it, we are able to stay ahead of that in a better way than those competitors.

For example, Cisco does a new firmware release typically every 18 months. We have done 20 firmware releases in the last 18 months. These networks are constantly improving and changing, so you have to have very agile development processes and models to keep up.  It is kind of what we do, and we spend all the company’s resources to stay in front of this and we do think that in the next two to three years, every enterprise will have a LTE network somewhere in their company, whether it is digital signage, kiosk, failover or for some other application. That’s kind of our story.