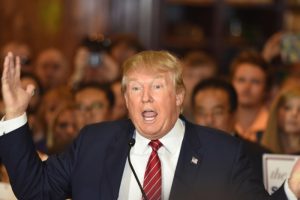 I’m sure I’m not alone in expressing my disdain at the news that a series of electronic devices will soon be banned on most regional flights to the US.

We love our mobile devices in this region. The UAE has the world’s highest smartphone penetration, and is closely followed by GCC neighbour Saudi Arabia with the third highest.

Smartphones, however – and medical devices – won’t be covered by this ban. Associated Press has reported that the US government will indefinitely bar passengers on certain flights originating in eight countries from bringing laptops, iPads, cameras and most other electronics in carry-on luggage, starting today.

In practical terms, this ban could amount to no more than a mild inconvenience for most travellers, but is an insult to the 135 million residents and citizens of the countries it covers.

It will apply to nonstop flights to the US from the Middle East and North Africa’s biggest international airports, including Dubai, Abu Dhabi, Cairo, Amman, Kuwait City, Doha, Riyadh and Jeddah, and will affect a total of nine airlines.

The reason for the ban was not immediately clear, but was confirmed yesterday by Royal Jordanian Airlines – who said it will affect its flights to New York, Chicago, Detroit and Montreal – and the official news agency of Saudi Arabia, with suggestions of security threats afoot.

There are, of course, issues around national security that the average citizen cannot know, and the US government may well have acquired intelligence that suggests such a measure is necessary. After all, CT scanners, which scan checked baggage, create a more detailed picture of a bag’s contents than the X-ray machines used to screen passengers and their carry-on bags.

However, much like Mr. Trump’s second executive order, which enforced a 90-day travel ban on citizens of six Muslim-majority countries, the move is seemingly an excessive knee-jerk reaction which belies his true feelings towards the people of this region.

The US has been attracting more visitors from the Middle East in recent years, with a record 1.3 people million arriving in 2015, according to the US Department of Commerce. The number only represents less than 2 percent of total arrivals to the country, but is growing faster than the overall average. This is testament to an emerging region that is increasingly interconnected, and is becoming an important part of the global economy.

It’s surprising that the ban applies to such a broad range of geographies and countries, even extending to Casablanca Airport in Morocco. Given that it has such a wide scope, you would assume that certain European countries that have seen a host of terrorist attacks would be included, but they are clearly exempt from Mr. Trump’s thoughts.

The move also begs the question: which other measures will be introduced against inbound passengers from these airports? Mr. Trump’s poisonous rhetoric around Muslims has already brought marked negative consequences; in 2016, reported hate crimes in the US against Muslims rose by 67 percent – to their highest level since the year following the September 11th attacks. Will passengers who have paid hard-earned cash to make a 13-hour journey half way around the world be subject to increased harassment and racial profiling from airport security staff? Unfortunately, that’s probably likely to be the case.

What Mr. Trump has continually failed to appreciate – despite his clear hypocrisy in having continued business interests in the GCC – is that the region is progressing faster than ever in terms of its overall infrastructure development, education and technology use. This ban is a toxic, senseless reinforcement off the archaic prejudices held around the world against people from this region.