TruGreen Landcare CIO George Kelly is a realist. He not only knows the business-critical role of marketing at the nationwide commercial landscaping and property care company, but also that if IT doesn’t meet that department’s needs, they’ll look elsewhere. 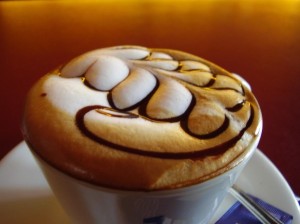 “It’s incumbent upon every CIO to understand that marketing, along with sales, is where our bread is buttered. And if you don’t serve that customer, someone else will,” he says.

So what does Kelly do to make sure he is lockstep with marketing? Mingle with their team leaders whenever possible. “If we’re at a corporate meeting or a business meeting, I’ll sit next to marketing as well as grab a drink with them afterward,” he says. (See also: How to promote harmony between marketing and IT)

Establishing a rapport with marketing is becoming increasingly important for IT, according to Laura McLellan, vice president of marketing strategies at Gartner. While it might seem like a no-brainer that marketing would turn to internal IT to get their digital business done, McLellan finds the opposite is far more common as spending on technology-enabled marketing services from external providers skyrockets. “In most companies, marketing has a separate budget and controls its own technology destiny,” she says.

In the past, marketing’s rogue technology strategy may not have caused much uproar – external providers could be used to get a Web site or email campaign up and running faster than IT could or had desire to. However, McLellan says the new sophisticated era of marketing, which relies heavily on analytics and mobile access to information in back-end systems such as ERP, could force a new bond with internal IT.

Everybody understands that you can’t do marketing without technology anymore, but a lot of change has to happen in IT for marketing to come a-callin’, she says.

Robert Juliano, vice president and CIO at Brandywine Realty Trust in Radnor, Pa., agrees with McLellan’s assessment regarding drivers for improved collaboration between IT and marketing. In his world – real estate – marketing has become increasingly analytics driven as well as dependent upon data from social media and the cloud.

The nature of today’s data, which is increasingly unstructured, creates more complexity than marketing is used to, causing executives to at some point call in IT for an assist, even if they’ve initially worked with external providers. Juliano says it’s better for IT to be in the loop ahead of time than to play catch-up once application frameworks are in place.

Juliano doesn’t blame marketing, though, for this outcome. “Marketing and IT have different personalities,” he says. For example, marketing is creative and fast moving, and IT is structured and held to a budget.

His company felt the burden of the chasm between the two departments first-hand. In the past, IT would take weeks to render server farm models for projects marketing was counting on for immediate revenue. “Our marketing department was being choked by technology,” he says.

To mend the rift, Juliano combined both teams under his CIO umbrella and began outlining common goals. The IT team used its familiarity with standards, frameworks and libraries to help the marketing team construct shared services models for field teams, and marketing helped improve the branding and message of IT communications.

Working together, they also whittled the timeframe to render server farm models from several weeks to a couple of days. “And we’re able to crank them out with much higher resolutions,” Juliano adds.

While Juliano sits at an extreme end of the IT/marketing collaboration spectrum where marketing falls under the CIO, TruGreen’s Kelly is more focused on establishing close ties with marketing chiefs.

Like Juliano, Kelly understands marketing’s hesitance to rely on internal IT and works hard to earn the department’s trust. IT’s roadmap, compared to the pace of marketing, can seem unbearable. “Getting to market slower than the competition is just not acceptable in their world,” Kelly says.

He promotes agility among IT teams supporting marketing, and he and other tech executives have become more tolerant of risk – a trait that helps marketing teams thrive.

Kelly also keeps close contact with marketing, getting in on the ground floor of ideas. For instance, Kelly and his team proposed deploying a CRM solution so marketing could more accurately target customers for new programs such as irrigation and smart sprinkler systems. “If IT hadn’t reached out, marketing would have partnered with an external provider, not worrying until later how to integrate it with ERP. By getting involved early, we were able to add substantial value,” he says.

Both Juliano and Kelly admit a big obstacle is that marketing has the ear of the CEO and other key c-suite executives. If they want to proceed with a project and say that IT would hold it up, then chances are they’ll get the go-ahead to work with an external provider – even if it means more work for IT down the road.

One key factor, Kelly says, is to acknowledge that marketing knows the customer best and to aid them in serving the customer. “IT and marketing tend to butt heads on who owns various parts of the marketing function such as the Web site and social media. Because they bring customers to the company, I feel that marketing owns them,” he says. IT’s job, he feels, is to introduce marketing to technology that will improve their relationships with customers.

Business intelligence, according to Global Institute for IT Management Professor Jerry Luftman, provides the perfect opportunity for IT to attract marketing. External providers lure marketing by saying they understand BI and how it will better the organization. In reality, IT holds the access to company-wide data that would offer such insight.

“Marketing leaders are starting to realize that BI requires a complex set of skills as well as knowledge of the business and industry,” Luftman says.

While some marketing pros still need convincing about the power of an alliance with IT, FashionPlaytes‘ CMO Jeanne Connon already is a believer and says it’s essential for the success of the online content, commerce and community site.

“So much of marketing today is driven by technology that if we don’t work in concert with IT, we’re doomed to fail,” she says. She credits the tech team’s “scrappy” start-up mentality, noting, “We don’t have long runways to get things started. Tech has to be able to support overlapping priorities.”

At the same time, marketing has to be flexible, patient and respectful. “I have to understand that whatever they’re working on impacts me in some way and it’s not in my best interest to pull them off of it,” she says. Connon does push back on timelines and asks if there is anything she can do to get started if the tech team is going to be delayed.

She’s reluctant to go around the tech team and hire external providers without their input. “Everything needs to be integrated to help with decision-making and add value to the business. If I outsource some piece [on my own], such as e-mail marketing, that’s a huge loss because we don’t have control, visibility or access to data,” she says.

Like Juliano and Kelly, Connon is an advocate of socializing between the marketing and IT teams. Having that connection, she says, makes it easier to stay focused on the vision of the company.