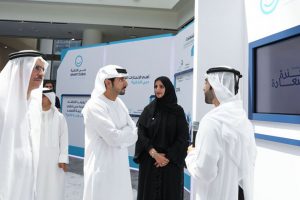 His Highness Sheikh Hamdan bin Mohammed bin Rashid Al Maktoum, Crown Prince of Dubai and Chairman of the Dubai Executive Council, has announced that the government would no longer use paper transactions by 2021, as well as the Smart Dubai 2021 initiative and Dubai Pulse data platform.

Smart Dubai’s Future Now event, hosted in Dubai Design District, also celebrated three years of success for Smart Dubai and its affiliates. The new strategy is centred around the government “challenging itself and surpassing its own previous achievements”.

The four-year plan covers infrastructure, legislation, and applications that the Dubai Smart Office and all of its affiliates have succeeded in achieving over the course of the past three years.

The Dubai Pulse platform, meanwhile, will host all of the emirate’s data and form the backbone of its shift towards smart development. Dubai’s government has instructed all departments to begin populating the platform with their data from today.

The platform compiles all data available to both public and private sectors, and will provide access, for the first time, to live and up-to-date data about the city. It includes three layers of data: the first will be free of charge and caters to the public, while the second offers a thorough analysis of the data – in  exchange for a fee – to be used for academic, professional, commercial, and economic purposes. The third and final layer includes data accessible exclusively to Dubai Government entities.

“The Dubai Government will issue its last paper transaction in 2021,” Sheikh Hamdan said. “Today, we mark the beginning of a new phase – ‘Smart Dubai 2021’ – that revolves around challenging ourselves and surpassing our own previous achievements. We are looking to build a truly smart city – one that will use technology as the key to a balanced and happy life. When Vice President and Prime Minister of the UAE and Ruler of Dubai HH Sheikh Mohammed bin Rashid Al Maktoum announced the Dubai Smart City project three years ago, he wanted to change the meaning of the term ‘technological advancement’ by creating an unprecedented model that integrates technology with our goals of ensuring the best standards of living, wellbeing, and happiness for the people of Dubai.”

Sheikh Hamdan added, “While we’ve already seen a great shift towards digital government transactions, I believe that the future of government will be entirely paper-free. In 2021, we will celebrate the very last paper transaction in Dubai, and Smart Dubai will see to it that we achieve this mission. Today, in the era of Big Data, it is essential to have a central platform to house all of the government’s data – a platform that taps into the potential of artificial intelligence to spread happiness among people. This is the only option for countries that want to remain relevant and build infrastructure that meets the needs of the future.”

HE Dr. Aisha bint Butti bin Bishr, Director-General of the Smart Dubai Office, said, “Despite what Dubai has already achieved today in terms of smart city development – which is still a distant dream for most cities around the world, including in some of the most advanced countries – we are just getting started. We are still at the beginning of a new journey to a smart city worthy of the government of the future, the UAE Centennial 2071, and the Mars 2117 Project, among other national initiatives.

“We’ve set our priorities, guided by the words of HH Sheikh Mohammed bin Rashid Al Maktoum as he launched Smart Dubai back in 2013, when he said that there is no single model for progress, rather there is constant innovation and development,” HE Dr. Aisha continued. “Smart Dubai 2021 is our action plan for the near future, as we work to transform Dubai into a fully smart city with smart government services that make people’s lives – and business dealings – easier.”

HE Younus Al Nasser, Assistant Director General of the Smart Dubai Office and CEO of Dubai Data Establishment, said, “Following the launch of the Dubai Data Establishment, the natural progression was the launch of ‘Dubai Pulse’ to act as a digital safe for all of Dubai’s data so that leaders and stakeholders in all sectors across Dubai can find what they need to make informed decisions. The platform compiles all government data in one place, where the right information can be provided for the right people whenever they should need it.

“Dubai Pulse will facilitate the exchange of open and common data between public and private institutions and individuals, which will eventually contribute to the complete digital transformation of the Emirate of Dubai. The platform will enhance our ability to innovate, in addition to ensuring the optimal use of data by aggregating it in a single platform, analysing it, using it to support and expedite decision-making.”