Consumer spending on technology in the Middle East and Africa (MEA) is forecast to total $130.8 billion this year, a year-on-year increase of 4.1 percent, according to a recent industry study.

According to the latest Worldwide Semiannual Connected Consumer Spending Guide from International Data Corporation (IDC), consumer purchases of traditional and emerging technologies will remain strong over the 2019–2023 forecast period, increasing at a five-year compound annual growth rate (CAGR) of 3.5 percent to reach $149.4 billion in 2023. 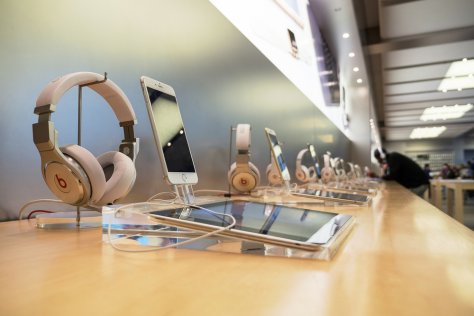 The report further highlighted that 86.3 percent of all consumer technology spending in 2019 will be on traditional technologies such as mobile phones, personal computing devices, and mobile telecom services.

Mobile telecom services (voice and data) will account for 68.7 percent of this amount, followed by mobile phones which will account for 26.6 percent. Spending growth for traditional technologies will be relatively slow, with a CAGR of 2.4 percent for the 2019–2023 forecast period.

“Faster connectivity, combined with declining data service costs from telecom service providers and the need for end users to use telecom services for an increasing number of devices, will ensure that consumer spending on traditional technologies will continue to grow,” said Fouad Charakla, IDC’s senior research manager for client devices in the Middle East, Turkey, and Africa.

“The low penetration of smart home devices in the region, combined with growing efforts from market players to educate home users on the benefits and usage of these devices, will serve as an engine of growth for consumer spending on emerging technologies,” said Charakla. “A large portion of end users are already looking to invest in devices that will improve their productivity and quality of life, two key demands that smart home devices can be positioned to fulfil.”

“On-demand services enable access to networks, marketplaces, content, and other resources in the form of subscription-based services and includes platforms such as Netflix, Hulu, and Spotify, among others,” said Charakla. “As connected consumers juggle multiple services across their devices, it is essential for technology providers to understand how the adoption of these various technologies and services will impact their customers’ experiences in the future.”

Communication and entertainment will be the two largest use case categories for consumer technology, representing more than 79 percent of all spending throughout the forecast. More than 70 percent of all communication spending will go toward traditional voice and messaging services in 2019. Entertainment spending will be dominated by watching or downloading TV, videos and movies, as well as listening to music and downloading and playing online games. The use cases that will see the fastest spending growth over the forecast period are augmented reality games (49.5 percent CAGR).

The Worldwide Semiannual Connected Consumer Spending Guide quantifies consumer spending for 22 technologies in ten categories across nine geographic regions. The guide also provides spending details for 23 consumer use cases. Unlike any other research in the industry, the Connected Consumer Spending Guide was designed to help business and IT decision makers to better understand the scope and direction of consumer investments in technology over the next five years.