The US might add other airports to its ban restricting passengers from bringing laptops and other electronics into the cabin for certain flights from the Middle East. 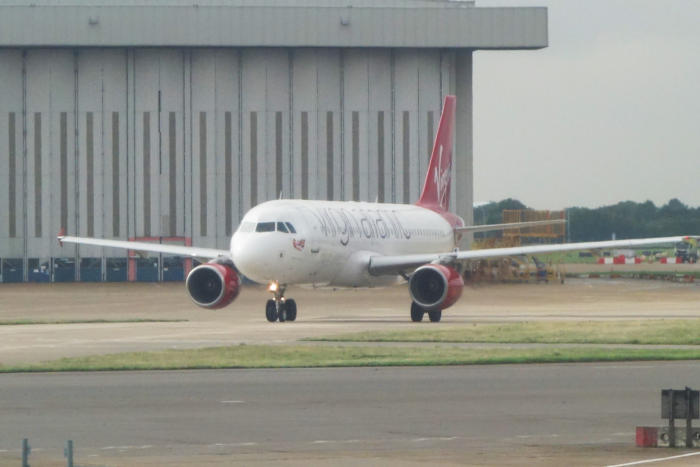 “We may take measures in the not too distant future to expand the number of airports,” said Homeland Security secretary John Kelly on Wednesday during a congressional hearing.

Last month, the US announced the ban, which affects ten airports, all of which are in Muslim-majority countries. Passengers flying to the US are barred from bringing any electronic devices larger than a smartphone into a plane’s cabin, and must instead check them in as baggage.

The US declared the ban, citing terrorist threats. It has reportedly found that ISIS and other terrorist groups are developing ways to plant bombs in electronic devices that can bypass airport security.

On Wednesday, Kelly didn’t elaborate on the technical nature of the risk, but said the terrorist threat was “real.”

“There are dozens of cells that are talking about attacking aviation,” he said.

After the US announced the restrictions, the UK followed with a similar ban. Canada is also studying whether to take action.

Critics have questioned why the ban only affects certain countries. However, security standards at airports can be inconsistent, said Jeffrey Price, a professor at Metropolitan State University of Denver, who studies aviation security.

“I think what we’re seeing is which airports have effective X-ray machines and which are old school,” Price said in an email.

The US, for instance, has more advanced screening technology that can detect bomb threats, but other countries use older X-ray machines that are less reliable. Forcing terrorists to stow a bomb-laden laptop in baggage can make it harder to detonate, and lessen the damage.

“The laptop in the cabin gives the bomber the ability to essentially put it where he or she wants… like right over the wing,” Price said.

Nevertheless, the ban will inconvenience business travelers. They’re being forced to check in their laptops as baggage too, making it easier for the products to get damaged or stolen, Price said.

“Countries with the ban have to fix this soon,” he said. “This is one of those bans that cannot last.”

However, the US has said that the ban will remain in place “until the threat changes.”

A more expanded ban might worry the PC industry. But companies involved such as Dell declined to speculate on its impact.

PC maker HP said it was waiting to hear from the US government to “understand the thinking and security underpinnings of these measures.”