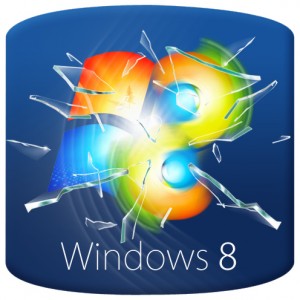 Even though Windows 8 won’t be officially released until October 26, its Metro user interface and Microsoft’s decision to remove the Start menu have already received lots of criticism. Some observers have gone so far as to predict that Windows 8 will reduce productivity in office environments.

Nevertheless, Windows 8 has new features and improvements aplenty to consider. So here I’ll introduce many that you–as a business user, owner, or IT administrator–might find useful. There’s something for everyone with improvements to security, networking, virtualisation, recovery, and more.

You’ll see much faster boot times, on the order of 8 seconds from pressing the power button to being in Windows. This, along with less need for restarts, can help increase productivity in the office and save IT personnel time when applying upgrades or installing software.

Safeguards built into UEFI can also help save the IT department time and resources over the long term. Secure Boot prevents unauthorised operating systems from loading, and Early Launch Anti-Malware (ELAM) protects against boot loader attacks. UEFI will also allow remote diagnostics and repair of computers within the pre-OS environment. So instead of physically sending a technician to visit a PC experiencing boot issues, it might be possible to repair and restore the machine over the network.

Though most will enjoy the benefits of UEFI, there has been some controversy over the Secure Boot feature of UEFI that Microsoft is requiring PC makers to turn on by default. It’s not totally clear yet, but Secure Boot may have to be manually disabled for those who want to install or dual boot another OS such as Linux, adding an extra step to the process.
Full Windows experience on x86-based tablets

We’ve seen good enterprise support from BlackBerry smartphones and iOS devices, and business users have adopted these platforms accordingly. We’ll likely see the same with x86-based Windows 8 Pro tablets and tablet-laptop hybrids, as they’ll offer the new metro-style Start screen in addition to the full Windows environment. This means that tablet users can have the same familiar Windows applications, including a full copy of Microsoft Office 2013, and Metro-style apps on both their desktop PC and their mobile device. For IT staffers, this means easier device and network management as they can use an existing Windows management infrastructure.

Bear in mind that these benefits apply only to x86-based tablets loaded with Windows 8 Pro. Tablets with ARM processors running Windows Run Time (RT) will support only the Metro-style apps, so they won’t be able to deliver the full Windows experience.

Windows To Go lets users take their workstation with them

The new Windows To Go feature in Windows 8 Enterprise will allow you put a clean install or an existing Windows 8 image onto a 32GB or higher USB thumb drive or a portable drive and boot it from another PC. This is similar to what you might have seen with Linux distributions running from a live CD or a USB drive. Although booting up a Windows To Go drive is officially supported only on PCs certified for Windows 7 and later, it might also work on PCs running Windows XP and Vista.

Windows To Go can be useful for telecommuters and temporary contractors, because they can essentially fit an entire PC environment–loaded with the all the apps, settings, and files they need–in their pocket and boot into it with their own PC. This would be much more efficient than having to carry a physical computer from place to place. Windows To Go could also make the perfect backup OS for PCs that become infected or corrupt. And it can be managed by and secured with standard enterprise management tools such, as SCCM (System Center Configuration Manager) and Active Directory group policies, just like an ordinary Windows PC. The USB drive can also be encrypted with BitLocker to prevent data theft if it’s ever lost or stolen.

Microsoft added support for a several new network authentication types to Windows 8. The WISPr (Wireless Internet Services Provider roaming) protocol allows users to roam from one Wi-Fi hotspot connection to the next, regardless of which ISP is running the hotspot, much as a cell-phone user is able to roam between cellular carriers.

The EAP-SIM, EAP-AKA, and EAP-AKA Prime (EAP-AKA’) protocols can provide native authentication when connecting to mobile 3G/4G broadband networks. And the addition of support for the EAP-TTLS protocol means that enterprises and campuses won’t need to install a third-party client on PCs when implementing this 802.1X authentication type on their networks.

Windows 8 brings two new recovery options (Refresh and Reset) that could help save IT personnel and users’ time when a PC becomes infected or corrupt, or when they’re being readied for disposal or reuse. Each of these recovery options can be initiated via the Metro-style Settings app within Windows, via the new boot Windows Recovery Environment (RE) menus, or even via booting from a Windows To Go USB drive.

Refresh keeps all the personal data, Metro-style apps, and important settings, and then reinstalls Windows. According to Microsoft, this can all happen in less than 10 minutes regardless of how much personal data is backed up. While it doesn’t keep the traditional desktop applications, it saves a list of them in an HTML file (without the license keys, however) that will appear on the desktop. If you create an image backup of your PC ahead of time, however, Refresh will restore your PC to that image. This would include any desktop applications that were installed at the time of imaging, and your most current personal data, Metro-style apps, and important settings would all be restored.

Reset removes all data and then reinstalls Windows so the PC is in the same condition as when it was started the first time. According to Microsoft, this can take anywhere from less than 10 minutes if BitLocker encryption is enabled, to up to 25 minutes if it isn’t enabled. The Regular option simply erases and formats the drive before reinstalling Windows, while the Thorough option writes random patterns to every sector of the drive to significantly reduce the chances of data being recovered.

Windows 8 will include a new feature, called Client Hyper-V, that offers the same Hyper-V virtualisation capabilities that will be available in Windows Server 2012. Developers, IT administrators, and power users who need to run virtual operating systems inside Windows will have much more advanced capabilities than were available with Windows Virtual PC and Windows XP Mode. This includes support for 64-bit virtual OSs, wireless networking interfaces, and sleep/hibernation modes. Virtual machines can also be moved to and from Hyper-V on Windows Servers, including support of live migrations where the virtual machine can stay online during a transfer.

I’ve covered most of Windows 8’s significant new business-related features, but there are many smaller enhancements, too: BitLocker can encrypt hard drives faster now by initially encrypting only used disk space, for example. And AppLocker can control the running of Packaged apps and Packaged app installers. DirectAccess and BranchCache are simpler to deploy. Printer deployment and end-user printing have been simplified with a new native and universal print driver. And a new Claim-based access control scheme offers dynamic role-based access control of files.

The bottom line is that the Metro user interface might take some getting used to, but Windows 8 looks to be a strong operating system for business users.