International Smart Card plays a crucial role in Iraq’s economy. The firm delivers salary and pension e-payment services to four million citizens across the country, and last year sought a new partner to deliver secure and reliable SIMs to connect its 6,000 points of service. 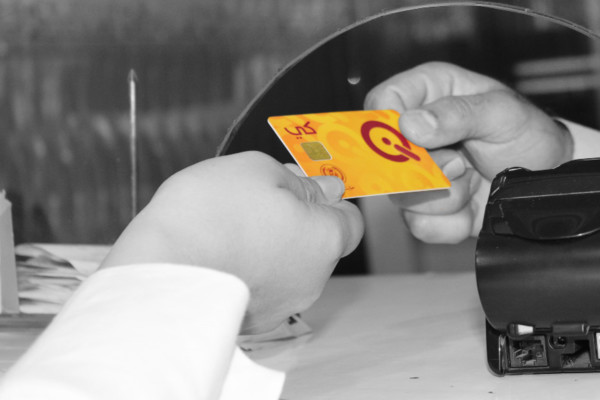 Convenience has always been the norm for a lot of the GCC’s residents. Home delivery of just about anything you desire, service with a smile and glitzy, five-star malls are never far away. In recent years, this level of expectation has become the norm in the mobile payments industry and e-commerce, where the region has made good progress. Cash and comforts are available at the touch of a button.

Suffice to say, the satisfaction that this region can provide does not extend across all of the Middle East. Against a backdrop of years of political instability, Iraq had faced a whole host of challenges in its internal affairs. For large numbers of Iraqi citizens, an issue as simple as salary collection became a source of immense frustration – and injustice.

A resolution to the ongoing problem was in dire need. Founded in 2008, International Smart Card (ISC) was the result of a partnership between Iraq’s two biggest state-owned banks, Rafidain Bank and Rasheed Bank, along with the Iraqi Electronic Payment System. To combat the challenges faced in regions with poor telecommunications networks, ISC developed its ‘Qi Card’ to deliver payments to citizens across Iraq. It became the first biometric international-standard card used to provide payment services in financial industries in the country.

Shortly after its inception, ISC quickly garnered a large customer base, including 100,000 citizens in Baghdad, who would make withdrawals from 10 bank branches. “Our core service remains the same today from when we started,” ISC CEO Bahaa Abdul-Hadi says. “Our aim is still to deliver payment services to people who need them most – people who are in need of automated services.”

For ISC, this customer base would also include a number of the neediest people in society, including pensioners, and recipients of a social assistance programme, including 28,000 citizens who were receiving disability benefits. “We wanted to prove to the government that we could serve customers and enjoy automation with banking solutions,” Abdul-Hadi says. “Our objective was to help the government automate processes in finance.”

In addition to the practical uses of setting up the payment service, thousands of Iraqi citizens had been crying out for a trustworthy system to deliver wages. “There was a lot of corruption when we were established,” Abdul-Hadi says. “That meant that fraud was rife in terms of citizens collecting their wages. There was no national ID project at the time, so criminals were able to generate multiple identities and collect wages on other peoples’ behalf.” Consequently, large numbers of Iraqi citizens would arrive in branches to find they had none of their hard-earned cash waiting for them, or that only a portion of their salary would be left. To make matters worse, there was little hope of tracing the crime, with no biometric system in place.

Seven years down the line, and it was clear that ISC had provided a much-needed service to the market, boasting over four million cardholders and 6,300 point of service (POS) terminals across the country. Nonetheless, the company felt that more could be done to secure and facilitate payment delivery.

In February 2015, ISC began meetings with Orange Business Services, with a view to enhancing connectivity from POS’s to the back end. ISC had previously partnered with other service providers, but had not received exactly what they had wanted. “Their services were satisfactory, but lacked advanced features,” Abdul-Hadi says.

“It was important for us that we had a global partner; we would have POS’s outside of Iraq,” Abdul-Hadi adds. “We wanted an alternative to our existing partners for our network of communications.” For him, the memory of the fraud that citizens had suffered continued to live fresh, with data security remaining top of the list of priorities. “We needed a reliable partner who could provide secure and scalable solutions.” With the quality of telecoms services in parts of Iraq lacking, and with coverage often weak, ISC were conscious of selecting a partner who could overcome these hurdles. A key part of fulfilling this reliability requirement was the inclusion of multiple SIM cards in the POS’s, in case of any potential failure.

In addition, any new partner would have to be able to scale their service levels for expected increases in the number of Qi Card users, which Abdul-Hadi says is certain to increase in the coming years. Having evaluated a number of other potential solutions partners, ISC – via its Dubai-based technology and business development partner Canny Quest International – signed an M2M agreement with Orange Business Services for the delivery of the new service.

MPLS was established between Orange and the terminals, which features Orange SIMs. “The process took a few months, but was straightforward,” Abdul-Hadi says. The SIMs are connected to the card management system, which in turn validates transactions through the Orange network. Orange interconnects with the country’s mobile telecoms operators to ensure widespread coverage and optimised signal quality.

Following the implementation work, the solution went fully live by November 2015. All that a user needs to withdraw money is a bank account, a Qi Card and their biometric details on the system. Once they are validated on the system, they can claim their cash. ISC customers can access a broad range of virtual financial account management services to access their money including smart cards (closed and open loop), mobile apps and wallets, and the Internet. One of the major advantages brought from the new solution is the enhancement of connectivity quality – the Orange SIMs have raised the quality from GPRS to 3G standard. “POS’s are connected wirelessly and are a digital alternative to government channels,” Abdul-Hadi says.

He is also satisfied with the level of security in the new solution, one of the key mandates of the project. “It’s so important to us that they’ve managed to develop a secure channel, and a service for servers outside of the country,” he says. ‘We’ve improved our security through end-to-end encryption and improved monitoring.

“Orange Business Services provides a business-critical part of our solution and enables us to monitor and control our POS terminals. This service has the potential to grow and develop and positively impact the country’s GDP.”

In terms of return on investment, Abdul-Hadi says he expects ISC to have broken even in “18 months” in terms of its investment with Orange Business Services, a result from which he draws great satisfaction.

Looking forward, Abdul-Hadi is looking to expand ISC’s POS network, with an additional “8,000” planned retail merchants to be added throughout the country and be online by mid-2016. Furthermore, he says that mobile payments could well be introduced by Q3 of this year, and that the existing solution may not be limited to Iraq. “I see no reason why we couldn’t export this solution to similarly challenged countries,” he says. “Distributing funds for financial aid is not only a matter of convenience, but a matter of necessity.”