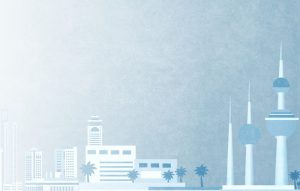 Kuwait was recently classified as an emerging market by global index provider FTSE Russell, reflecting the country’s progress across verticals. We examine the opportunities present for channel business.

Located at the northern most part of the Gulf, the State of Kuwait is nestled between influential neighbours Saudi Arabia and Iraq.

Rich in oil, the country owns about six percent of the world’s oil reserves. According to HKTDC Research, oil exports account for over 90 percent of Kuwaiti government revenues and 50 percent of nominal GDP.

After oil, services sector within various segments constitutes the majority of the economy with 30 percent of GDP.

According to the research, the rest of the economy is mostly attributed to manufacturing and this comprises primarily oil-related industries such as oil-refinery and petrochemicals.

Over the last few years, the country has worked towards strengthening its information technology infrastructure by enhancing services, networks and security. This has unlocked infinite opportunities for the channel players.

Russell Theron, regional manager, Data Center Group (DCG), Lenovo Middle East and Africa, says, “Kuwait is undoubtedly a key market in the area of technology and data services. Today, the country is seeing developments in this area, and is constantly working on improving its offerings and capabilities to align with its neighbouring countries, such as the United Arab Emirates.”

He believes for the country to meet its objective of becoming a top provider in the IT sector, it is imperative that adequate and appropriate investments are made in effective solutions.

He says, “This will help to reach their target faster.”

Wassim Seliman, government market director, GBM Kuwait, adds that along with being dominant in the oil sector, which will continue for the years to come, the country has also seen a substantial increase in government services and significant investments being made towards developing the national infrastructure.

He adds, “We believe this is an opportune time for doing business in Kuwait.”

As a channel player operating in the country, GBM has witnessed increasing investments in infrastructure from various industries.

“This growth has in turn seen the need to automate processes, especially within the government entities. This has increasingly become an area of focus for GBM, and we are working with multiple entities to bring relevant solutions to facilitate this.”

Seliman adds that through the boom in recent years of economic activities and policies that support commerce, a conducive environment for business has been created in Kuwait.

“However, there is still a need for substantial efforts to set up a business, but things seem to be positively changing on this front in order to make the process easier. We often see channel players face difficulty on the logistics side, particularly in the process, health, oil, and retail industries.”

Theron says the other challenges present in Kuwait to do channel business are not different from other countries. At the end of the day, every customer is seeking high value.

“Organisations need to shift their mindset to become more solution-oriented, rather than being a basic IT provider. Return on investment and a final positive outcome is exactly what customers desire to see, not a product. Ultimately, channel partners want to understand which solutions will increase their profits and provide them with efficient and cost-effective solutions. For this reason, it is crucial that channel players invest their time and efforts in becoming trusted advisors that can support making an informed decision,” he adds.

According to Theron, the firm is optimistic about the growth in the SMB and mid-market channel businesses in Kuwait in the coming quarters.

“This area is rapidly evolving, creating many new opportunities for data service providers to tap into. Also, our partners have engaged us in many new non-Lenovo DCG customer requirements, another space which we are excited to be a part of.”

The country has increased its trade routes with the opening of the new port in the north of Kuwait, thus becoming more connected with the rest of the world.

“We can expect this to positively impact the market and bring new opportunities into the country. We are also witnessing a period of dynamic change in the country, which makes it an exciting time to be operating a business in the state of Kuwait,” adds Seliman.

Kuwait could be a lucrative market for those channel players who can invest time to understand the challenges of the market and how best to optimise the opportunities. However, they need to also ensure value-addition and differentiation to their offerings to be successful.