Apple last night unveiled several new gadgets including a more powerful all new iPad Pro, a Mac Book Air with an all-screen design and touch ID and a new generation of Mac Mini.

The new iPad and the MacBook Air will start retailing in the UAE starting November 7. In what could add to the excitement of Apple fans in the UAE, telecom provider Etisalat also announced that it is rolling out eSim, making the latest iPhones more attractive to frequent travelers and business users.

The MacBook Air has a 13.3-inch Retina display, Touch ID and the latest processors and is priced starting at Dhs 5,099 and can be pre-ordered starting today.

The device is powered by an 8th generation Intel Core i5 processor, Intel UHD Graphics and 2133 MHz system memory up to 16GB, SSDs up to 1.5TB in capacity, that are up to 60 percent faster than the previous generation. 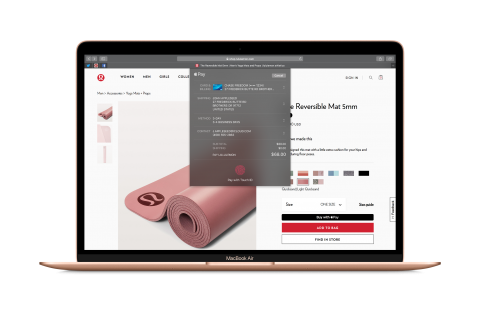 Among the new features are the retina display and touch ID. The upgraded security feature has the fingerprint sensor built right into the keyboard. To support Touch ID, MacBook Air comes with the Apple T2 Security Chip. According to Apple, the T2’s Secure Enclave protects Touch ID information and also ensures that software loaded during the boot process has not been tampered with. The T2 also features an SSD controller with on-the-fly data encryption for everything stored on the SSD. “These allow MacBook Air to offer the most secure boot process and most secure storage of any notebook,” said the note from Apple.

The device also includes two Thunderbolt 3 ports and delivers up to 12 hours of battery life during wireless web use and up to 13 hours of iTunes movie playback.

According to Apple, the A12X Bionic chip with next-generation Neural Engine in iPad Pro outperforms most PC laptops and offers a new USB-C connector, Gigabit-class LTE, and up to 1TB.

Apple has replaced the lightning connected with USB-C connector, making the iPad compatible with iPhone chargers. 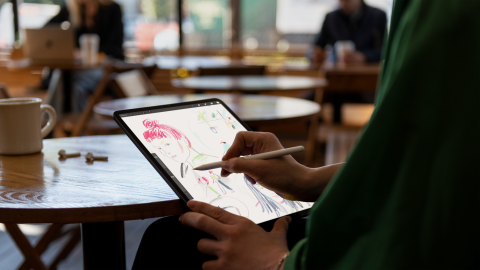 The significant upgrade to the new iPad Pro is the edge-to-edge Liquid Retina display.
The 11-inch and 12.9-inch iPad Pro are 5.9 mm thin and is powered by A12X Bionic Neural Engine.

According to Apple, the new chips are built on industry-leading seven-nanometer technology and features four performance cores and four efficiency cores for up to 35 percent faster single-core performance and a new performance controller for simultaneous use of all eight cores for an up to 90 percent boost during multi-threaded tasks.

“A seven-core, Apple-designed GPU delivers up to twice the graphics performance for incredibly rich and immersive AR experiences and console-quality graphics,” adds the note from Apple. The new iPad comes with a 10-hour battery life. 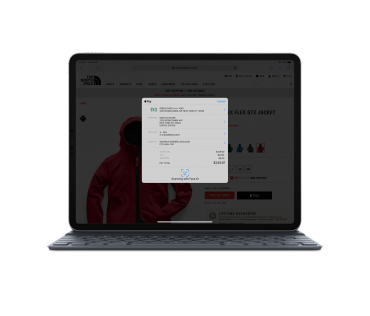 Like it did with the Macbook Air, Apple has also incorporated face ID into the iPad
The feature is designed to work while holding iPad Pro in any position or while seated using the new Smart Keyboard Folio.