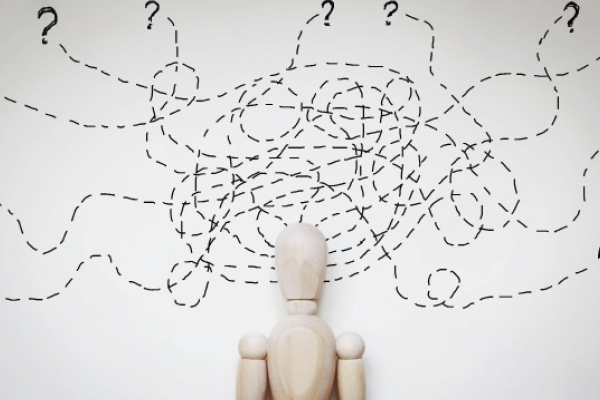 Heralded for driving positive transformations in consumer products, retailing, healthcare, manufacturing and more, the Internet of Things (IoT) promises a “smart” everything, from refrigerators, to cars, to buildings, to oil fields. But there’s a dark side to IoT, and if we don’t overcome the challenges it presents, we will be heading for trouble.

The easiest way to see these challenges in action is explore a possible IoT deployment.

With this use case in mind, let’s explore today’s top four IoT challenges and what we need to solve them.

Problem 1: Not understanding the data

Having a lot of data doesn’t mean you can understand and use it. Because of the range and diversity of IoT use cases, it is unlikely that a single vendor can create a comprehensive solution for an environment of the scale of this warehouse. Even if one were created, it would likely force a rip-and-replace approach that would be cost prohibitive.

Instead, creating a fully functional, secure, and robust IoT environment requires a complete peer-to-peer solution in which devices from one vendor can translate the information from the devices of the other vendors. This, however, isn’t feasible, given the possible involvement of perhaps hundreds of vendors, including legacy devices. Without a better solution, the warehouse solution designer is facing a modern day Tower of Babel.

A more practical solution to ensuring all data can be understood and fully utilised across the deployment is to create a hub model in which one or more IoT gateways and IoT central servers are constantly receiving data from all the devices and sensors. A rules engine can analyse the incoming data, and the hub can then pass on appropriate commands to a receiving controller, such as turn the refrigeration up in Zone 2 where the sun is heating up the southwest outer wall.

Such a hub needs to be able to translate different data types or units of measure, such as Fahrenheit to Celsius. It also requires a common data model to make it possible to compare and integrate data from any vendor’s devices, thus making it possible for the system to “understand the data.”

Problem 2: Too much data

In some cases, the total amount of data being collected may be so great that moving it over the network to a central location may not be viable. Consider an individual outside temperature sensor on the warehouse. To serve its various purposes, including maintenance, it transmits temperature, humidity, hardware version, software version, battery level, motion/position changes, and the list goes on and on.

This information may be sent every 30 seconds – maybe even every second depending on the criticality – and there are several hundred sensors on the outside of the large warehouse. And this is only one type of perhaps dozens of types of sensors.

What’s needed is an integration solution with the ability to aggregate only the desired data from wherever it resides, normalise it into common data models, and make it accessible as needed for monitoring, reporting, maintenance, and other scenarios. For example, the warehouse solution should be able to pull the outside temperature and humidity readings from only the 50 outer wall sensors in Zone 3 to check the climate balance for Zone 3.

While the IoT peer-to-peer model (i.e. multiple connected devices working together) is essential for the warehouse solution and similar large-scale IoT use cases, this approach introduces an important security issue.

The overall security profile is only as strong as the weakest device that is part of it. If the security on a particular vendor’s outdoor sensors is weak, and a number of the other vendors’ sensors and devices depend on the data from those potentially compromised sensors, the possibility of a critical “indirect” impact is strong. For example, a breached sensor could deliver the wrong outdoor temperature to the system, resulting in a system decision to adjust a zone temperature in a way that ruins the food in that zone.

To solve this problem, the warehouse IoT peer-to-peer model must be implemented in a way that enables the system to double-check a particular sensor’s reading by checking with other physically co-located sensors to confirm that reading. For example, if one outdoor sensor is reading particularly high while its neighbouring sensors uniformly read a lower temperature, then the system should not make an immediate decision to adjust the relevant zone temperature. Instead, the system should issue an alert to validate the functionality of that sensor and to check the physical area around the sensor.

While checking with neighbouring sensors is an important technique to help detect a possible breach, the security profile of the solution could be further strengthened by adding the capability to look at historical data to see if an anomalous reading has a precedent, based on, for example, weather conditions, time of year, time of day, amount of inventory and so on, that would account for the aberration.

Another dark side of IoT is what I call “psychotic devices,” IoT devices or sensors that simply go bad and start sending false readings to the system. The cause of the psychosis can be any number of issues, from the obvious, such as a software bug, a low battery, or a simple device failure, to the not so obvious, such as a construction worker inadvertently splattering a sensor with paint or covering one up with a sheet of plywood.

While psychotic devices are not an external security threat, the impact of such devices can be just as destructive. In the case of the warehouse, they could certainly bring on the ruin of the inventory inside if the precautions already mentioned in this article aren’t followed. Likewise, the approach to preventing psychotic devices from compromising an IoT environment is similar to the approach to improving security. Techniques such as comparing an anomalous reading to the output of neighbouring sensors can prevent dangerous and destructive system decisions.

Many companies see IoT as an opportunity to improve their businesses. For this to become a reality, it is imperative that IoT solution providers are aware of – and are developing solutions to resolve – these dark side challenges. The moral of the story? Choose vendors carefully. Adopt a platform designed to integrate and scale. Develop common data models. Proceed with caution, implementing only the most critical scenarios first. Then build on your success.