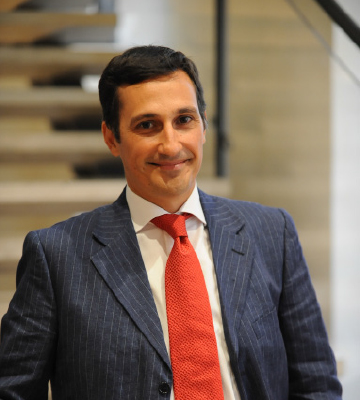 The ICT sector has become an essential part of Dubai’s economic diversification strategy. Economic and social development necessitate the most up-to-date solutions on the market.

Key risks to be monitored:

Dubai’s consumer electronics market is expected to record a strong growth rate due to high per capita income, shopping festivals, the emirate’s regional trade hub position as well as a range of other factors.

Prices in Dubai are around 15 to 20 percent lower than in other countries in the region mainly due to the low import duties and direct supplies from manufacturers. Total capital investment by licensees in the UAE telecommunications sector rose 13.4 percent YoY in 2013, reaching 2,136 million AED. The sector provided employment of around 7,400 people in 2013, according to data from TRA.

The value of consumer electronics devices sales is estimated to have risen by 7 percent YoY in 2014 and reached $4 billion USD, according to BMI. The sales are expected to rise to $6.1 billion in 2019.

In value terms, the PCs sold in 2014 are estimated to have risen by 3 percent YoY while audio-visual and gaming devices rose by 12.7 percent. The development of the computer segment mainly results from the positive business environment and the creation of new companies.

The correlation between the number of visitors, influx of foreign workers, new residency permits in the UAE and the sales growth of ICT products and services is strong, according to BMI analysis. Companies will show an increased willingness to widen their services and product networks off the back of Expo 2020, therefore the UAE’s two mobile operators (Etisalat and Du) have continued to record strong subscriptions revenues.

The demand for the professional PC segment is encouraged by strong business confidence in the UAE. In August, business activity growth in the UAE’s non-oil private sector rose to a six-month high of 57.1, according to Emirates NBD PMI survey.

Yet, the demand for the individual PC segment may not remain supportive as more and more consumers tend to prefer mobile devices instead of PCs.

The demand for mobile devices remains solid. The high influx of expatriate workers, increased number of tourists and lower prices compared with other countries in the region sustain the demand. The fact that mobile service providers such as Du and Etisalat have become more involved in the handset market in exchange of a fixed-term contract also contributes to the increase in demand.

“The UAE IT sector is one of the most active trading sectors, with huge volume traded, re-exported and many operators. However, the pressure on the margins of the buyers in the sectors rose impacting the profitability of traders and distributors.
We have registered an increase of runaway cases in the first 8 months of 2015 from across segments, which accounts to 12 percent of the total cases reported in UAE from all sectors. Players should consider trading by mitigating the increased risk of bad losses, protecting their business through enhanced credit management and information services.”