Mars Scientific City – a first-of-its-kind Dubai-based project that will simulate life on Mars – is set to help find the answers needed to sustain human life on the Red Planet. 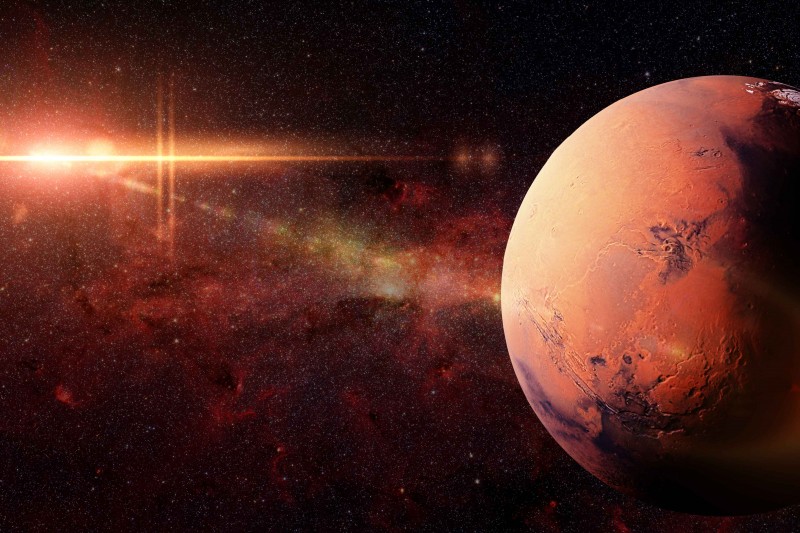 Sending humans on a one-way mission into the solar system is fast-approaching reality, the World Government Summit heard this week.

In the session ‘The Journey of Human Evolution’, Bjarke Ingels, founder and creative partner of Bjarke Ingels Group, said the purpose-built city, which will cover 1.9 million square feet – making it the largest space-simulation city yet built, will encompass 3D-printed dome-like interconnected ‘membranes’ which will have its own ‘Martian vernacular’.

Ingles said the Mars Scientific City will include laboratories for food, energy and water, as well as agricultural testing and studies about food security in the future. It will not only create a prototype of what it will be life to live on the Red Planet, but it will also help find answers to challenges we have today on Earth.

He said scientists and researchers collaborating and experimenting would help find the answer to issues that will face sustainable living on Mars, including creating self-supported man-made ecosystems, climates, and creating efficient farming system.

Addressing the question, ‘Why Mars?’, the Danish architect said after Earth, Mars, our most immediate stellar neighbour, is the most habitable planet in our solar system. It  possesses all the raw materials required to support life, but also new branch of human civilisation, he said. This includes water and carbon, it has a similar day cycle – 24 hours and 40 minutes – and, while it is smaller at half Earth’s diameter it has the same amount of “land”.

Given that there are 40 satellites orbiting Mars, we also have access to a wealth of knowledge about the planet, he said.

However, there are challenges to beginning a new human civilisation. Chief among them is too much solar radiation, colder temperatures, no breathable air and no readily available water.

At the session, moderated by Joe Brown, of Popular Science, Ingles said Mars Scientific City will be the next step in achieving a reality of living on Mars. He said within the next 99 years, a sustainable, self-supporting ecosystem and cities, consisting of tubular, interconnected networking environments, will be found on Mars which, over the next two centuries, will slowly transform from a Red Planet to a blue and then green planet.