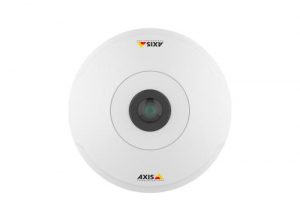 Axis has announced enhancements to its Zipstream compression technology to support the increased data streaming and storage demands of 360-degree panoramic cameras and 4K resolution.

According to the firm, Zipstream ensures that important forensic details of video footage are maintained, while minimising bandwidth and storage requirements by an average of 50 percent or more. Axis has also announced two new domes that include the enhanced Zipstream, offering 360-degree, high-resolution coverage, cost-effectively.

“Storage and bandwidth make a significant part of the total cost of a surveillance system. Axis developed Zipstream to address the specific needs of the security industry. That is, to minimize these requirements without losing forensic details”, said Johan Paulsson, chief technology officer, Axis Communications. “We are happy and proud to announce that the enhancement of Zipstream now embraces both panoramic and ultra-high resolution cameras.”

“Combining these new 360-degree domes with the enhanced Zipstream technology really does deliver a cost-effective solution for customers, providing comprehensive coverage while ensuring the detail of that panoramic view is not lost when streaming and storing data,” added Petra Bennermark, global product manager, Axis Communications.