Huawei have unveiled new additions in their flagship P-series of smartphones: the P20 and P20 Pro. 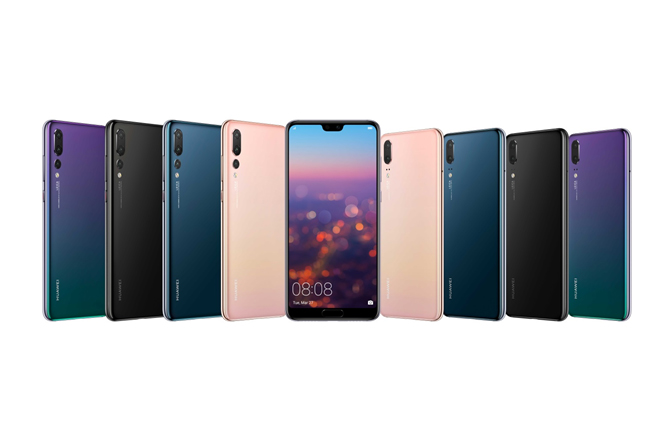 Photography is the biggest selling point here – with the P20 equipped with a powerful dual-lens camera while the P20 pro ups the ante by incorporating the world’s first triple lens smartphone camera. More specifically, it touts a  Leica-developed camera configuration is comprised of a 40MP RGB sensor, a 20MP monochrome sensor and an 8MP sensor with telephoto lens.

As a result, Huawei say the P20 Pro’s highly sensitive image sensor captures low light photos with up to ISO 102400.

The regular P20 doesn’t look to be a sloucher either, featuring a Leica dual-lens camera featuring a 12MP lens with a pixel size as high as 1.55 μm, and a 20MP monochrome lens, enhancing the HUAWEI P20’s ability to capture photos in low-light settings.

Both run on Android 8.1 filtered via Huawei’s EMUI skin and support Google’s ARCore kit. Neither model supports wireless charging. They do also feature a prominent iPhone X-inspired notch. However, Huawei have built a toggle into the settings menu of the phone that’ll allow you to make it a little more inconspicuous.

Huawei P20 and P20 Pro are available in a variety of colours including Black, Midnight Blue, and gradient colours Twilight and Pink Gold. The P20 is also available in Champagne Gold.