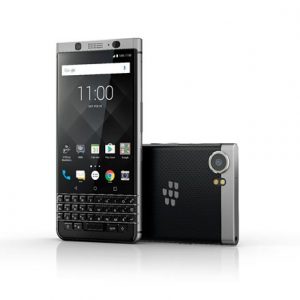 Mike Al-Mefleh, regional director, Middle East, BlackBerry Mobile, a business unit within TCL Communication, said, “The UAE is one of the most promising markets in the Middle East, with one of the highest smartphone penetration rates in the world. The GCC as a whole represents a great opportunity for us, and with the region riding a wave of unprecedented connectivity and home to a digitally savvy generation of consumers, there could be no better time for us to introduce our new flagship product.”

“We would like to congratulate TCL Communication on the UAE launch of the BlackBerry KEYone,” said Fahad Albannai, CEO, Axiom Telecom. “With the launch of the KEYone, productivity and security are clearly placed front and center, reaffirming their commitment to a modern generation of professional consumers. We are delighted to be partnering with them to distribute the new flagship device.”

Khaled ElKhouly, chief consumer officer, Etisalat, said, “The UAE’s smartphone market is always evolving and has much to offer to vendors, retailers and telecommunication providers alike. The BlackBerry KEYone is a product that will cater to the needs of both young, social media hungry consumers, and the professional community. At Etisalat, we always look for the best innovations to offer our customers, and this is a strong addition to our offering.”

BlackBerry KEYone pairs the best of BlackBerry’s software and security with TCL Communication’s commitment to delivering high-quality, reliable smartphones to customers around the world.

Beyond the iconic BlackBerry design that’s been curated for the modern user, the new device comes with many additional features that truly reinvents communications for the professional consumer.

According to the company, the new smartphone is made reliable for the demanding user and combines a sleek aluminium frame and soft grip textured back built to offer the best in durability. Running on Android 7.1 Nougat, it gives users access to the entire Google Play store and will also receive Google security patch updates.

The BlackBerry Keyboard can be easily programmed to launch up to 52 customisable shortcuts, providing even greater ease of use. Customers can also use it to scroll through web pages, the picture gallery or to take a picture. The BlackBerry Hub brings all messages into one consolidated place; including emails, texts and messages from any social media account. According to the company, the BlackBerry KEYone is designed to offer the most secure Android smartphone experience possible.  Featuring the largest battery ever found in a BlackBerry smartphone, the BlackBerry KEYone offers roughly 26 hours of mixed use, thanks to its 3505mAh battery. The smartphone includes a 12MP rear camera with a camera sensor that captures sharp, crisp photos in any light. It also includes an 8MP front camera with fixed focus and 84-degree wide angle lens for video conference on the go.