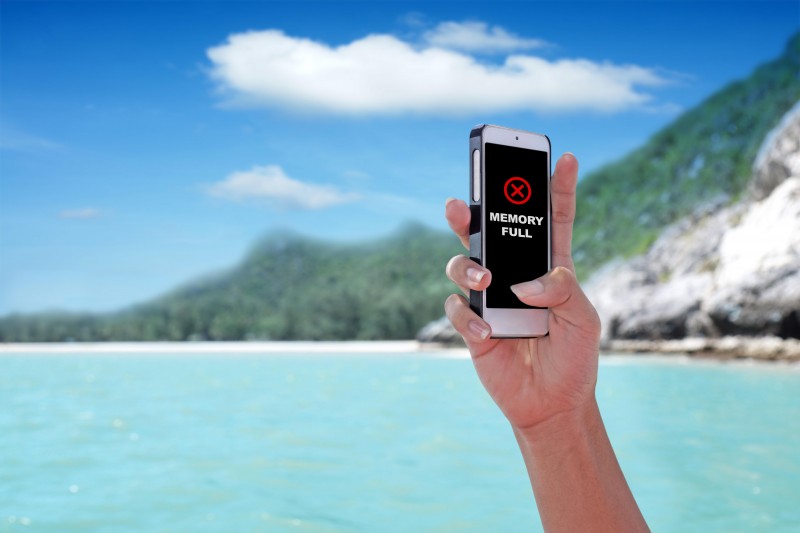 The study also found that 57 per cent have also regretted deleting a precious photo or video to free up storage space. And, if they do have to delete files, 27 per cent of UAE users would delete a photo of themselves before that of friends, pets or family.

The research, which looked at people’s experiences with storage on smartphones, also found that 64 per cent of people have to delete files or data from their main handsets in order to free up space at least once a month, while three quarters do this at least once every three months.

Khwaja Saifuddin, senior sales director, Middle East, WDC, said, “Our research really highlights the pressure that people are under to choose what they want to keep on their smartphones. With the average person in the UAE taking 34 photos and 18 videos a week on their smartphone, and the size of digital images and video increasing rapidly, devices soon fill up.”

In addition to the challenges around storage, the research also looked at security, with 61 per cent of respondents being worried that the files and data on their smartphone are at risk of theft or loss through product malfunction, and 58 per cent said they had lost a precious photo or video from their smartphone as a result of files not being backed up.

Despite this, only 37 per cent of users in the UAE manually back up the files and data on their main smartphone at least once a week and 61 per cent do so at least once a month; seven per cent never back up files at all, excluding automatic backups and data synchs.

Added, Saifuddin: “What many people don’t realise is that there are all sorts of ways to quickly and easily transfer and store data from smartphones – either by connecting a device to the handset or using Wi-Fi – so you don’t have to choose what you delete. In addition, backing up your smartphone remotely also means that you keep precious files safe, should anything happen to the handset.”

With the digital revolution under way and an unprecedented explosion of data, the landscape for storage devices has changed rapidly and WDC has stepped up to meet this demand. WDC is one of the companies that is ahead in recognising the needs of the new generation and strives to empower them with high-performance storage solutions tailored to their specific needs.

In line with that, SanDisk, a WDC brand, offers a range of mobile memory products that allow users to easily expand the space on their phones or offload files so they don’t have to worry about limits of the device. Options include: SanDisk iXpand Base; iXpand Flash Drive; SanDisk Dual Drive Type-C; and SanDisk Connect Wireless Stick.