Facebook has revealed the top content from the World Cup’s group stages from users both globally and in the Middle East and North Africa region. 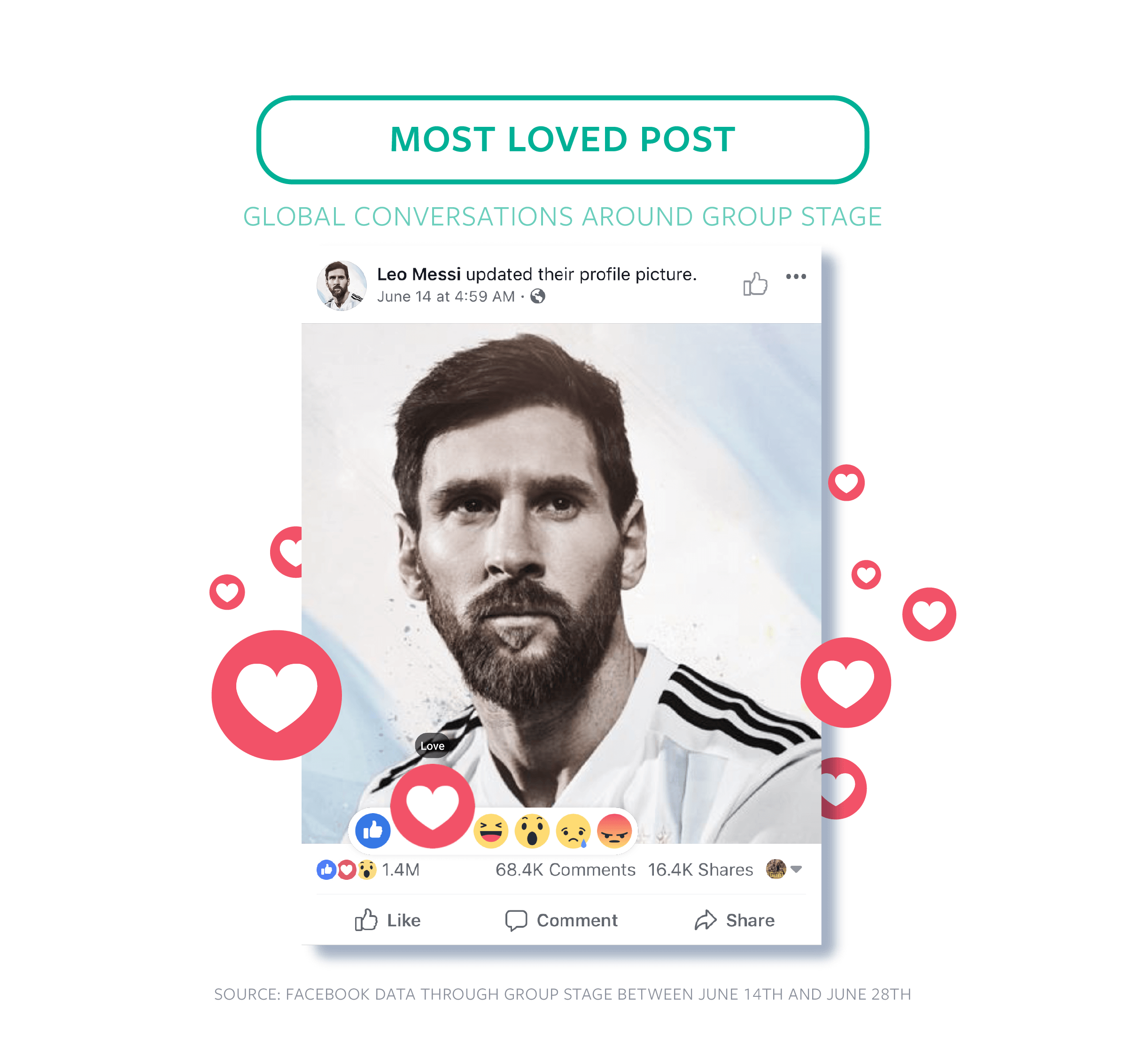 Up until June 28th, the five most discussed players globally were Messi, Neymar, Cristiano Ronaldo, Coutinho, and Egypt’s Mohamed Salah. The most discussed teams were the Brazilian National team followed by the Argentinean, Mexican, Russian, and the Portuguese teams. The most loved post globally was Messi’s profile picture.

In 2014, over 350 million people on Facebook shared an astonishing three billion posts, comments, and likes related to the tournament.